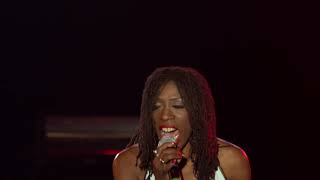 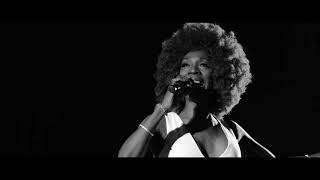 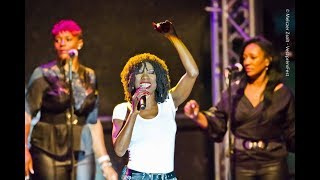 
Heather Margarita Small is a British soul singer and former lead singer of the band M People. Her subsequent debut solo album, Proud, was released in 2000.


In 2008 she competed in the sixth series of British television show Strictly Come Dancing, where she finished in ninth place.


Small was born and raised on a West London council estate. She joined her first group, Hot House, as a singer while she was still a teenager. She was the studio singer voice of the re-recorded version of "Ride on Time" by Black Box. She had a chance meeting with Manchester DJ, Mike Pickering, formerly of Quando Quango, which caused her to sell over 10 million albums worldwide with the group M People. They had considerable success with songs such as "Moving On Up", "One Night In Heaven" and "Search for the Hero".


In 1997, Small performed in "Perfect Day", the official 1997 Children in Need charity release, alongside a broad range of artists, including Tom Jones and Lou Reed. It sold over a million copies and was the UK's number one single for three weeks.


In 1998, Small and M People took some time off to pursue solo projects after The Best of M People was released.


In 2000, Small released her debut solo album, Proud, and a single of the same name, closely affiliated with the British Olympic team of the time. The single, which was used for the first season and the last episode of the final season of Queer as Folk, is Small's signature song, with which she achieved international success. When Oprah Winfrey was looking for a song to sum up the work she had been striving to achieve over her twenty-year career, she contacted Small, and "Proud" became the theme song to The Oprah Winfrey Show; in 2005 Small made her American television debut on the show. Later the same year, "Proud" became the theme song for the American reality weight-loss show The Biggest Loser.


This article uses material from the Wikipedia article "Heather Small", which is released under the Creative Commons Attribution-Share-Alike License 3.0.