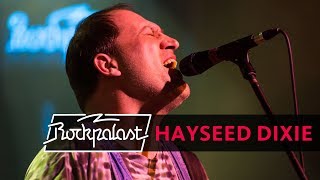 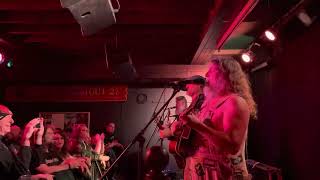 
Hayseed Dixie released an album on April 11, 2011, composed almost entirely of songs in the Norwegian language, titled Sjt Munchs Drikkeklubb Band. The group also charted a single in the summer of 2011 in Finland called "Juodaan Viinaa," which loosely translates to "Let's Drink Booze!" sung entirely in Finnish. Hayseed Dixie have also recorded several songs in German, among them a cover of Rammstein's "Mein Teil" and an original drinking song called "Die Richtige Zeit für Schwarzbier," as well as one song in Spanish. With the exception of the 2006 Halloween EP, You Wanna See Something REALLY Scary? which was recorded in Scotland, all of Hayseed Dixie's albums have been recorded by John Wheeler at Renaissance Recording, Nashville, Tennessee, entirely in the analogue recording format.