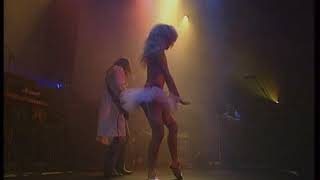 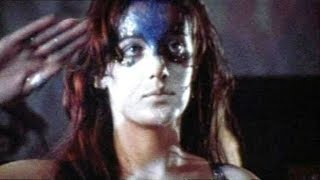 
Hawkwind are an English rock band known as one of the earliest space rock groups. Since their formation in November 1969, Hawkwind have gone through many incarnations and have incorporated many different styles into their music, including hard rock, progressive rock and psychedelic rock. They are also regarded as an influential proto-punk band. Their lyrics favour urban and science fiction themes.


Many musicians, dancers and writers have worked with the band since their inception. Notable musicians who have performed in Hawkwind include Lemmy, Ginger Baker, Robert Calvert, Nik Turner and Huw Lloyd-Langton. However, the band are most closely associated with their founder, singer, songwriter and guitarist Dave Brock, who is the only remaining original member.


Hawkwind are best known for the song "Silver Machine", which became a number three UK hit single in 1972, but they scored further hit singles with "Urban Guerrilla" and "Shot Down in the Night". The band had a run of twenty-two of their albums charting in the UK from 1971 to 1993.


Dave Brock and Mick Slattery had been in the London-based psychedelic band Famous Cure, and a meeting with bassist John Harrison revealed a mutual interest in electronic music which led the trio to embark upon a new musical venture together. Seventeen-year-old drummer Terry Ollis replied to an advert in a music weekly, while Nik Turner and Michael "Dik Mik" Davies, old acquaintances of Brock, offered help with transport and gear, but were soon pulled into the band.


Gatecrashing a local talent night at the All Saints Hall, Notting Hill, they were so disorganised as to not even have a name, opting for "Group X" at the last minute, nor any songs, choosing to play an extended 20-minute jam on the Byrds' "Eight Miles High".BBC Radio 1 DJ John Peel was in the audience and was impressed enough to tell event organiser, Douglas Smith, to keep an eye on them. Smith signed them up and got them a deal with Liberty Records on the back of a deal he was setting up for Cochise.


The band settled on the name "Hawkwind" after briefly being billed as "Group X" and "Hawkwind Zoo".


This article uses material from the Wikipedia article "Hawkwind", which is released under the Creative Commons Attribution-Share-Alike License 3.0.