Half Man Half Biscuit Tickets Nottingham 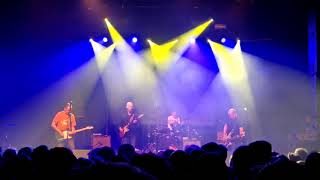 Half Man Half Biscuit Bristol SWX 2020 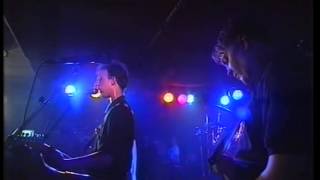 Half Man Half Biscuit Live on ITV 1991 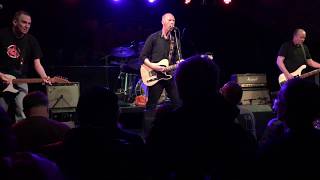 About Half Man Half Biscuit


Half Man Half Biscuit were formed by two friends from Birkenhead, Neil Crossley and singer, guitarist and songwriter Nigel Blackwell who was at the time "still robbing cars and playing football like normal people do". In 1979, Blackwell was editing a football fanzine ; he met Crossley when he went to see the latter's band play. In 1984, when Half Man Half Biscuit were formed, Crossley moved to bass and the two were joined by Nigel's brother Simon Blackwell and his friend Paul Wright , both previously with a group called Attempted Moustache. The quartet started to rehearse in the Liverpool-based Vulcan Studios, where they soon turned a five-piece, with David Lloyd now on keyboards.


Their debut album, 1985's Back in the DHSS, topped the UK Indie Chart and reached number 60 in the UK Album Chart. Its title was a play on The Beatles' "Back in the U.S.S.R." and also a reference to the DHSS, the government department that dealt with the unemployed, Nigel Blackwell having been on unemployment benefits since 1979. The band's first single, "The Trumpton Riots", topped the British independent chart in 1986, and they went on to perform at Glastonbury Festival. The second single, "Dickie Davies Eyes", also topped the indie chart. In late 1986, the band split up, giving as reason "musical similarities". The album Back Again in the DHSS, containing previously issued, unreleased and live tracks, followed.


The band reformed in 1990, with a performance at the Reading Festival following, and a new single, "Let's Not" issued before the year was out, followed in 1991 by a collaboration with Margi Clarke on a version of Edith Piaf's "No Regrets". The third album was McIntyre, Treadmore And Davitt, released in October 1991. By the time This Leaden Pall was released in 1993, Wright and Lloyd had left the band, with Carl Alty joining on drums. Simon Blackwell left the following year, with Ian S Jackson joining. Jackson and Alty departed in 1996, to be replaced by Ken Hancock and Carl Henry . Since reforming, the band have produced an album every two or three years.


Half Man Half Biscuit were championed by DJ John Peel, for whom they recorded twelve sessions, and it was on his programme in 1990 that the band announced their return.


Half Man Half Biscuit turned down the chance to appear on The Tube, as Tranmere Rovers were playing that night, even though Channel Four offered to fly them by helicopter to the game. Blackwell has been a fan of the team since "sometime after the Coventry City cup win in 1968".


This article uses material from the Wikipedia article "Half Man Half Biscuit", which is released under the Creative Commons Attribution-Share-Alike License 3.0.

Half Man Half Biscuit Tour