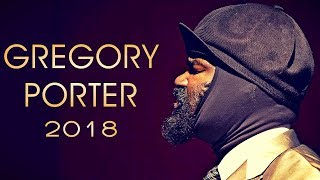 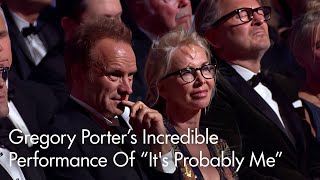 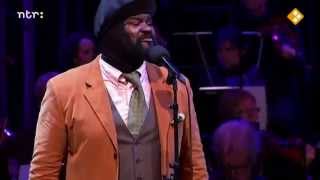 Gregory Porter is an American singer, songwriter and actor. He has twice won the Grammy Award for Best Jazz Vocal Album: first in 2014 for Liquid Spirit and then again in 2017 for Take Me to the Alley.


Gregory Porter was born in Sacramento, California, and was raised in Bakersfield, California, where his mother Ruth was a minister. Porter has seven siblings. His mother was a large influence on his life, having encouraged him to sing in church at an early age. His father, Rufus, was largely absent from his life. Says Porter, "Everybody had some issues with their father, even if he was in the house. He may have been emotionally absent. My father was just straight-up absent. I hung out with him just a few days in my life. And it wasn't a long time. He just didn’t seem to be completely interested in being there. Maybe he was, I don't know."


A 1989 graduate of Highland High School, he received a full athletic scholarship as a football lineman to San Diego State University , but a shoulder injury during his junior year cut short his football career.


Porter's mother died from cancer when he was 21 years old. From her death bed, she entreated him: "Sing, baby, sing!"


Porter moved to the Bedford-Stuyvesant section of Brooklyn in 2004, along with his brother Lloyd. He worked as a chef at Lloyd's restaurant Bread-Stuy , where he also performed. Porter performed at other neighborhood venues including Sista's Place and Solomon's Porch, and moved on to Harlem club St. Nick's Pub, where he maintained a weekly residency. Out of this residency evolved what would become Porter's touring band.


Porter released two albums on the Motéma label together with Membran Entertainment Group, 2010's Water and 2012's Be Good, before signing with Blue Note Records on May 17, 2013. His third album, Liquid Spirit, was released on September 2, 2013, in Europe and on September 17, 2013, in the US. The album, produced by Brian Bacchus, won the 2014 Grammy for Best Jazz Vocal Album.Liquid Spirit enjoyed commercial success rarely achieved by albums in the jazz genre, reaching the top 10 on the UK album charts. It was certified gold by the BPI, selling over 100,000 units in the UK.


In August 2014, Porter released "The 'In' Crowd" as a single. On May 9, 2015, Porter participated in VE Day 70: A Party to Remember, a televised commemorative concert from Horse Guards Parade in London, singing "As Time Goes By".


This article uses material from the Wikipedia article "Gregory Porter", which is released under the Creative Commons Attribution-Share-Alike License 3.0.