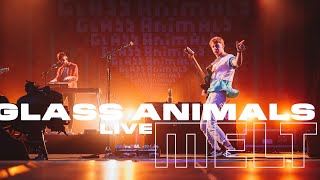 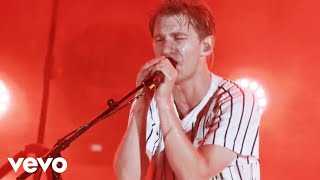 Glass Animals - The Other Side Of Paradise (Live at Red Rocks) 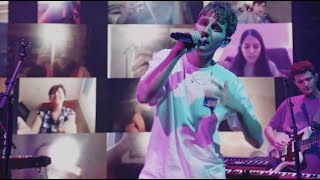 
Glass Animals are a British indie rock band formed in Oxford in 2010. Led by singer, songwriter, and producer Dave Bayley, the group also features his childhood friends Joe Seaward, Ed Irwin-Singer and Drew MacFarlane. Bayley wrote and produced all three Glass Animals albums. The first, Zaba , spawned the single "Gooey", which was eventually certified platinum in the United States. Their second full album, How to Be a Human Being, received generally positive reviews and won in two categories at the 2018 MPG Awards for UK Album of the Year and Self Producing Artist of the Year, as well as a spot on the Mercury Prize shortlist. The third, Dreamland, their first fully autobiographical album , included the single "Tokyo Drifting" which peaked at number seven on the Billboard Alternative Songs chart.


In their live shows they play re-worked, dance-heavy versions of their songs. Their song "Heat Waves" reached number one in Australia in February 2021 and was voted number one on the Triple J Hottest 100 of 2020.


The band released their debut EP, Leaflings, on 28 May 2012, which included the single "Cocoa Hooves". The EP was released on independent label Kaya Kaya Records, a subsidiary and imprint of XL Recordings . At the time, lead singer and guitarist Dave Bayley was attending medical school at King's College, London but left after Adele's producer Paul Epworth saw Glass Animals performing in London and signed them to his label Wolf Tone.


In 2013, the band released Black Mambo / Exxus EP in Europe, and Glass Animals EP in the US. The digital release of the track "Black Mambo" brought the band their first attention through online reviews. The Glass Animals EP also saw the band collaborating with Jean Deaux, a soulful hip-hop teenager from Chicago, on a song titled "Woozy".


In 2014, the band made their first visit to the US, performing at South by Southwest in Austin, Texas. They released three more singles: "Pools", "Gooey", and "Hazey", along with a collaboration with Argentine singer-songwriter and producer Tei Shi.


All five singles were included on the band's debut album, Zaba, which was released on 6 June 2014. The band performed the single "Gooey" on Late Night with Seth Meyers in 2014, and again on The Late Show with David Letterman on 24 February 2015, and toured extensively after Zaba, visiting both hemispheres and played over 130 shows in 2015 alone. Their October 2015 US tour included two sold-out shows at The Wiltern in LA and sold-out shows across America including T5 in NYC, The Riverside in Milwaukee, and the Midland Theatre in Kansas City.


This article uses material from the Wikipedia article "Glass Animals", which is released under the Creative Commons Attribution-Share-Alike License 3.0.