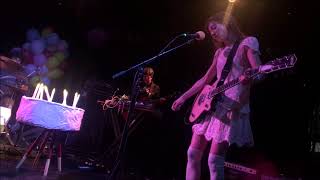 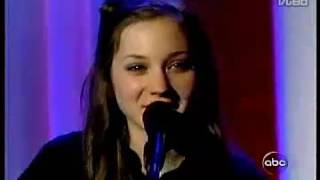 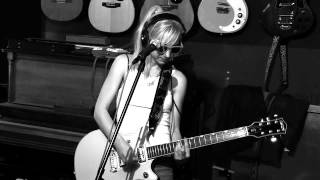 Giant Drag is an American Indie rock band from Los Angeles, California. The band was founded in 2003 by Annie Hardy who continues to be the band's sole singer and songwriter.


Giant Drag has released two EP's and two albums. Their first release, Lemona came out in 2004. Their debut album, Hearts and Unicorns, came out the following year. The Swan Song EP was released in 2010. The band's second studio album, Waking Up is Hard to Do, was released in 2013. Giant Drag have played live shows supporting The Jesus and Mary Chain,Scissor Sisters, Pretty Girls Make Graves, Nine Black Alps, The Lemonheads and The Cribs, and were tipped by the NME for "big things in 2006". They also performed in the Coachella Valley Music and Arts Festival in 2006. Annie Hardy can also be heard on the song "Pink Cellphone" from the 2006 Deftones album entitled "Saturday Night Wrist". In December 2008, NME announced that she was suffering from muscle disorder fibromyalgia. According to College News, her condition was later referenced in Paul Avion's song "Fibromyalgia". In January 2010, fellow L.A. musician Paul Avion chose "Kevin is Gay" to kick off a series of articles about Africa for SPIN Earth. The Swan Song EP was released on February 16, 2010. As of December 2010, Hardy's Twitter mentioned a new full-length album had been completed, with no firm date set for release yet. On February 9, 2012, Giant Drag released the Alternative version of their song "Drugs" on Bandcamp and another song called "Firestorm". On February 14, 2012, the band announced a new format of digital releases called "Twosies". This format is between singles and EPs. The first twosie was released on the same day of the announcement and is titled Annie Hardy and The Wallpaper Demos. The titles of the new tracks are "Out At Sea" and "Say What You Will". On March 6, 2012, a new twosie was released. "Hearts and Unicorns Outtakes and Unreleased Rarity" On February 13, 2013, they were named as one of the "unfairly forgotten bands of the 2000s" by NME. On March 5, 2013, the long-awaited sophomore album, Waking Up is Hard to Do was released as a digital download on Giant Drag's Bandcamp music store. It is the band's first full-length release of original material since Hearts and Unicorns.


Giant Drag's sound has been described by several music publications as "nü-grunge". The band has also been compared to bands such as My Bloody Valentine, The Breeders, PJ Harvey, and Mazzy Star although the band does not completely agree with some of the comparisons and Hardy has shown herself to be especially confused by Breeders comparisons. It is suggested by Hardy and another journalist that most articles that have been written about Giant Drag are re-wordings of their press pack .


Their song titles, which are known for their bluntness and black humor, include "Kevin Is Gay," "My Dick Sux," "High Friends in Places," and "YFLMD" - an acronym for "You Fuck Like My Dad". Live performances were often notable for Hardy's monologues in-between songs while Calabrese set up his synthesizer, as well as hecklers in the audience asking Hardy to show her breasts to which Annie often said something back. During performances in 2006 the duo covered Chris Isaak's "Wicked Game." Hardy jokingly introduced the song by telling a variation on the basic story that she wrote the song for Chris Isaak when she was 8, and that he stole it from her after a love affair, and that she saw him years later on MTV singing "her" song "rolling around in the sand with some hooker." In the summer of 2007, this cover was used in the promos for Season 5 of the FX Networks TV show Nip/Tuck.


In 2007, Hardy posted a recording of Silver Bells on her blog from a recording session three years prior.


This article uses material from the Wikipedia article "Giant Drag", which is released under the Creative Commons Attribution-Share-Alike License 3.0.