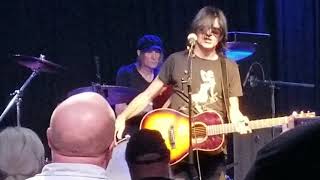 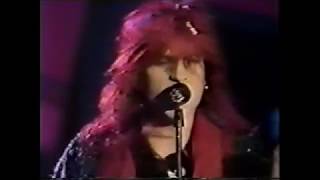 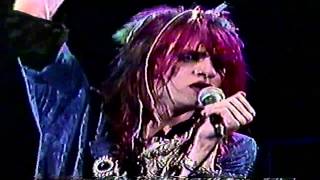 
Gene Loves Jezebel are a British rock band formed in the early 1980s by identical twin brothers Jay and Michael Aston. Gene Loves Jezebel's best-known songs include "Heartache", "Desire " , "The Motion of Love" , "Jealous" and "Break the Chain" , as well as alternative club hits "Bruises" , "Influenza " and "The Cow" . "The Motion of Love" was the band's most successful UK single.


The name of the band is a reference to rock musician Gene Vincent and his song "Jezebel".


As the result of a rift between the Aston brothers in 1997 and ongoing legal issues, there are currently two incarnations of the band.


Originally called Slav Aryan, Gene Loves Jezebel was formed in 1980 with the Aston brothers, guitarist Ian Hudson, bassist Stephen Davis and drummer Snowy White. The Astons grew up in Cornelly, and later Porthcawl, in Wales, and moved to London in 1981. With a new home, and shortly afterwards, the new name, the trio, with bassist Julianne Regan and drummer James Chater , played several live shows and were signed by Situation Two. Gene Loves Jezebel underwent numerous lineup changes between 1981 and 1985. In May 1982, Situation Two released Gene Loves Jezebel's demo and single, "Shaving My Neck". The band then added keyboardist Jean-Marc Lederman. Regan left the band within a year to form All About Eve, leaving Ian Hudson briefly playing bass and Albie DeLuca as the guitar player until Stephen Marshall joined.


In 1983, the band released two more singles, "Screaming " and "Bruises", and then their first album, Promise , which peaked at number 8 in the UK Indie Chart. In 1984, the band recorded a John Peel radio session for the BBC and toured the U.K. with fellow Welsh artist John Cale.


The band's second album, Immigrant, was released in mid-1985. However, at the start of a long American tour for Immigrant, founding member Ian Hudson left the band and was replaced by former Chelsea and Generation X guitarist James Stevenson .


This article uses material from the Wikipedia article "Gene Loves Jezebel", which is released under the Creative Commons Attribution-Share-Alike License 3.0.