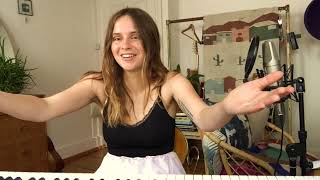 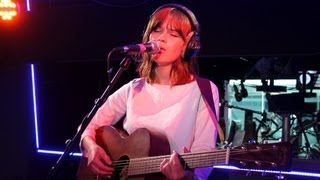 
Gabrielle Ann Aplin is an English singer-songwriter. After amassing a following for her acoustic music covers on YouTube, Aplin signed a recording deal with Parlophone in February 2012. She rose to prominence the following November when she was selected to record the soundtrack for a John Lewis television commercial with a cover of Frankie Goes to Hollywood's "The Power of Love", which went on to top the UK Singles Chart.


Her debut album, English Rain, was released in May 2013 to positive reviews. It debuted at number two on the UK Album Chart and led to more singles: "Please Don't Say You Love Me", "Panic Cord", "Home" and "Salvation". English Rain has since been certified Gold in the UK, selling over 100,000 copies. Aplin's second album, Light Up the Dark, was released in September 2015, followed by the release of her third album, Dear Happy, in January 2020. She has also released multiple extended plays throughout her career.


Aplin grew up in Chippenham in Wiltshire. She is the eldest of three children. Aplin's parents bought her her first guitar when she was 11 years old. She is a fan of the singer-songwriters Bob Dylan and Leonard Cohen, as well as the rock band The National. Aplin went on to study music at Bath College, participating in the college's in-house label, BA1 Records.


Aplin's first release was the five-track Acoustic EP, which she self-released under her own label, Never Fade Records, on 13 September 2010. Her second release, another extended play titled Never Fade, was released on 9 May 2011. In this EP, she expanded her sound, showcasing a more folk rock sound and playing all the instruments herself. In April 2011, Aplin was invited to perform for BBC Introducing at Maida Vale Studios, where she played three tracks from Never Fade and a cover of the Coldplay song "Fix You," which was the most-viewed video on the BBC Introducing YouTube channel. Aplin released her third EP, Home, on 12 February 2012, again under Never Fade Records. She described Home as "the most honest thing I've ever written and recorded."


On 29 February 2012, Aplin announced that she had signed a deal with Parlophone Records. Her first major label single titled "Please Don't Say You Love Me" was released on 10 February 2013. Later that year, Aplin was confirmed as the soundtrack to the John Lewis 2012 Christmas television advertisement, covering Frankie Goes to Hollywood's "The Power of Love". The song went on to top the UK Singles Chart in December 2012. On 13 May 2013, Aplin released her debut album, English Rain. Following its release, English Rain charted at number two on both the UK and Scottish album charts, selling over 35,000 copies. It also reached the top ten in Australia, number 11 in Ireland, and number 39 in New Zealand.