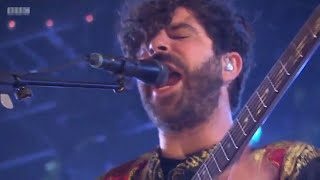 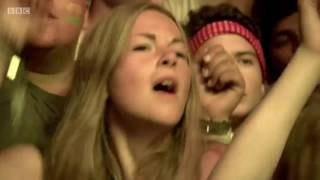 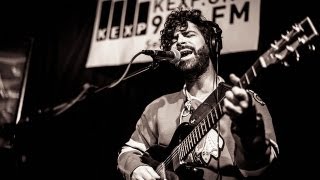 
Foals are an English rock band from Oxford, formed in 2005. The band's current line-up consists of lead vocalist and lead guitarist Yannis Philippakis, drummer and percussionist Jack Bevan and rhythm guitarist Jimmy Smith. They are currently signed to Warner Records, and have released six studio albums to date: Antidotes , Total Life Forever , Holy Fire , What Went Down , and Everything Not Saved Will Be Lost – Part 1 & 2 . They have also released one video album, six extended plays and twenty-seven singles.


The band have toured internationally for over a decade, and have featured at many festivals including Glastonbury, Coachella, and Roskilde. They have won a number of awards, including best live act at the 2013 Q Awards while producers Alan Moulder and Flood were awarded 'UK Producer of the Year' for their work on the album Holy Fire.


The band's most recent studio album, Everything Not Saved Will Be Lost – Part 1 was released in March 2019 while their sixth and immediate follow-up, Part 2, was released on 18 October 2019 and became the band's first album to top the UK Album Chart.


The lead singer of the band Youthmovies, Andrew Mears, originally formed the band Foals. He was present on the band's debut 7" single, "Try This on Your Piano/Look at My Furrows of Worry", but left shortly afterwards to concentrate on Youthmovies' debut album, Good Nature.


Jack Bevan, Lina Simon and Yannis Philippakis were originally in cult math rock band The Edmund Fitzgerald. The group disbanded, claiming that things had become "too serious" and that they wanted to have more "fun making their music".


Walter Gervers and Jimmy Smith were part of a small Oxford band called Face Meets Grill. They met at and formed the band from members of Abingdon School, the same school that Radiohead attended. They played gigs in and around Oxford, and recorded an EP in Hull. After playing Truck Festival in 2004 they separated to follow different paths and careers.


This article uses material from the Wikipedia article "Foals", which is released under the Creative Commons Attribution-Share-Alike License 3.0.