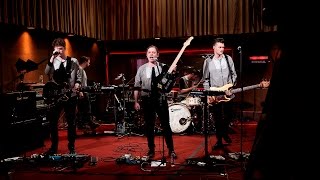 Everything Everything live from Old Granada Studios 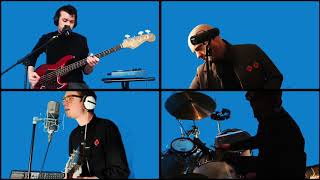 Everything Everything - Violent Sun and No Reptiles - Live Session 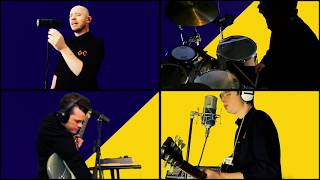 Everything Everything - Arch Enemy and Kemosabe - Live Session
Share Concert


Everything Everything are an English art rock band from Manchester that formed in late 2007. The band have released five albums to date – 2010's Man Alive, 2013's Arc, 2015's Get to Heaven, 2017's A Fever Dream and 2020's Re-Animator – and have been widely critically acclaimed. Their work has twice been shortlisted for the Mercury Music Prize and has received five nominations for Ivor Novello Awards.


Three of the original band members are from Northumberland, England - Jonathan Higgs grew up in the border village of Gilsland while Michael Spearman and Alex Niven are from Newbrough. The three met at Queen Elizabeth High School in Hexham where they played music together. Higgs went on to study for a degree in Popular Music and Recording at Salford University, where he met Portsmouth-born bass player Jeremy Pritchard. Higgs and Pritchard decided to form a band once their degree had finished. Initially they collaborated in the Salford-based math rock trio Modern Bison , which released one album, I Could Have Had a Rustic Pagoda on unlabel in 2006.


Towards the end of 2006, Higgs and Niven devised plans to start a band "with a sort of Paul Morley-inspired, poptimist aesthetic". Niven has described the band's naming process as follows: "The idea as I saw it was to try to take contemporary R&B pop music and fashion a vaguely Futurist project out of it, and between the two of us we chose the name Everything Everything, a détournement of sorts of an over-saturated media culture into something idealistic and expansive". Ultimately the band took the name Everything Everything from the first two words of the Radiohead song "Everything In Its Right Place", the opening track to their album Kid A. With the addition of Pritchard and Spearman, the band began performing in the autumn of 2007. Pritchard recalls "we were initially more punky, with more guitars and no synths at all. It was easiest to play gigs like this and to get to grips with playing together. But the plan was always to expand the sound when we had the scope/could afford the gear!"


Quickly gaining attention from the music industry, the band began working with producer David Kosten . Everything Everything released their first single "Suffragette Suffragette" on 1 December 2008 through XL Recordings offshoot Salvia as a limited 7" vinyl release only. This was later followed by the release of single "Photoshop Handsome", which saw the group incorporate synths in their sound for the first time, on 20 July 2009, available only as a limited 7" single. In autumn 2009, the band then released "My Kz, Ur Bf" as another vinyl-only release, this time with the record label Young & Lost Club. All three singles were released with accompanying music videos, with those for "Suffragette Suffragette" and "Photoshop Handsome" made entirely by the band themselves.


At this point, Niven left the band to pursue a career in academia and was replaced by Guernsey-born guitarist Alex Robertshaw, whose former band Operahouse had split up a few months previously.


Everything Everything made the longlist of the BBC Sound of 2010 on 7 December 2009, a list created by Britain's tastemakers who vote for their favourite new artists.


This article uses material from the Wikipedia article "Everything Everything", which is released under the Creative Commons Attribution-Share-Alike License 3.0.