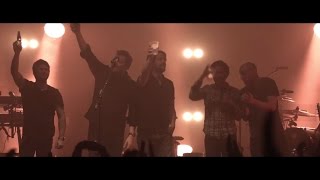 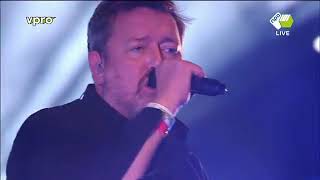 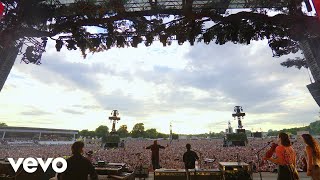 
Elbow are an English rock band formed in Bury, Manchester, in 1997. The band consists of Guy Garvey , Craig Potter , Mark Potter and Pete Turner . They have played together since 1990, adopting the name Elbow in 1997. Drummer Alex Reeves replaced Richard Jupp first as session performer in 2016 and then officially in 2019.


The band have released eight studio albums, Asleep in the Back , Cast of Thousands , Leaders of the Free World , The Seldom Seen Kid , Build a Rocket Boys! , The Take Off and Landing of Everything , Little Fictions , and Giants of All Sizes . Their studio albums, as well as their B-sides compilation Dead in the Boot , all reached the top 15 of the British album chart. Seven of their singles placed in the top 40 of the British singles chart. Their most recent album, Giants of All Sizes, was released on 11 October 2019.


In 2008, Elbow won the Mercury Music Prize for their album The Seldom Seen Kid, and in 2009 they won the Brit Award for Best British Group. In 2012, they released "First Steps", the BBC theme for the 2012 London Olympics.


Garvey, then aged 16, met guitarist Mark Potter in 1990, while both were attending Bury College in Bury, Greater Manchester. Potter asked Garvey to sing in a band he was in with drummer Richard Jupp and bassist Pete Turner. Together, the four formed the band 'Mr Soft' . Potter's brother Craig then joined the band on keyboards. That year the band played their first gig together at the Corner Pin pub in Ramsbottom.


They changed their name a third time to 'Elbow' in 1997, inspired by a line in the BBC TV drama The Singing Detective in which the character Philip Marlow describes the word "elbow" as the loveliest word in the English language. After winning a local battle of the bands, the band signed with Island Records and recorded their first album with producer Steve Osborne at Real World Studios. However, Island sold out to major label Universal. The band was dropped in a mass cull and the album was not released.


Elbow continued to record with independent label Ugly Man Records and released The Noisebox EP, The Newborn EP, and The Any Day Now EP. These releases garnered extensive airplay on BBC Radio 1.


This article uses material from the Wikipedia article "Elbow", which is released under the Creative Commons Attribution-Share-Alike License 3.0.