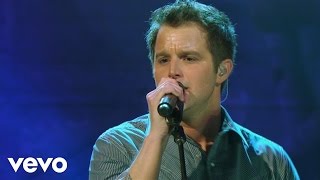 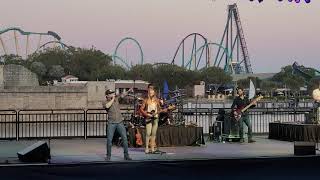 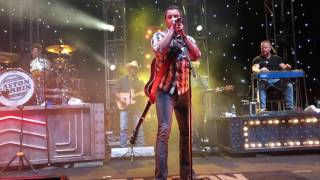 
Dan Easton Corbin is an American country music singer. He signed to Mercury Records Nashville in 2009 and released his self-titled debut album in March 2010, featuring the two number-one hits "A Little More Country Than That" and "Roll with It", as well as the number-14 hit "I Can't Love You Back". His second album, All Over the Road, was released in September 2012. Its first single, "Lovin' You Is Fun", was released in February 2012. The album's second single, "All Over the Road", was released in January 2013. As of 2021, he had sold over 500,000 albums and over 3 million singles. His song "Are You with Me" became an international hit in a remix version released by the Belgian DJ and record producer Lost Frequencies.


Dan Easton Corbin is a native of Trenton, Florida. He lived on his grandparents' farm following his parents' divorce, and was introduced to country music-themed television programs such as Hee Haw. After taking guitar lessons at 14 from session musician Pee Wee Melton at Dixie Music Center, he joined a band which won opening slots at a music festival and for Janie Fricke and Mel McDaniel.


He attended the University of Florida's College of Agricultural and Life Sciences and earned an agribusiness degree, before marrying his wife, Briann, on September 2, 2006. They moved to Nashville, Tennessee, on October 14, 2006, where he worked at an Ace Hardware and performed at writers' nights. A distant cousin who is a professor of entertainment management recommended him to contacts in Nashville.


On The Bobby Bones Show on September 3, 2013, Corbin mentioned that he is no longer married. He and Briann divorced in 2012.


In 2005 Easton Corbin entered a contest at First Street Music in Lake City, Florida, for the Annual Suwannee River Jam. Former store owner Andy Temple recognized his talent and introduced him to songwriter friend Reese Wilson which was the start of his career. In 2008 Corbin recorded a six track demo CD with Nashville based songwriter Reese Wilson and producer Steve Davis; on the CD were three full instrument tracks and three acoustic tracks. The songs on the demo were "All About You", "I Ain't A Highway", "Missin' You", "Gettin' 'Got, Good", "Miracles Happen" and a cover of Hank Williams, Jr's "Eleven Roses". Only a small number of the demo discs were pressed so the disc itself is very scarce and has become a highly sought after collectors item for hardcore fans. The tracks can be found digitally on YouTube. The tracks have never been added to any of Corbin's albums yet, making them still unreleased.


Joe Fisher, senior director of A&R at Universal Music Group Nashville, signed Easton Corbin to the Mercury Nashville label in 2009. He released his debut single, "A Little More Country Than That", in July. Rory Lee Feek of Joey + Rory wrote the song with Don Poythress and Wynn Varble. The label released a four-song digital extended play entitled A Little More Country Than That in August, shortly before the single entered Top 40 on the Billboard Hot Country Songs chart. Corbin's self-titled debut album was released in March 2010, under the production of Carson Chamberlain. The album had first-week sales of 43,000 copies, making for the highest first-week sales on the Mercury Nashville label in seven years.


This article uses material from the Wikipedia article "Easton Corbin", which is released under the Creative Commons Attribution-Share-Alike License 3.0.