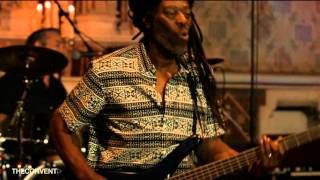 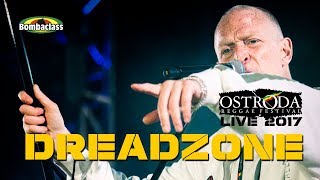 
Dreadzone were formed in London, England in 1993 when ex-Big Audio Dynamite drummer Greg Roberts teamed up with Tim Bran, who had previously worked as a musician and sound engineer for Julian Cope and who has done production work for artists including London Grammar, Birdy, and the Dutch duo HAEVN. The name Dreadzone was suggested to Roberts and Bran by Don Letts.


Bran and Roberts signed to Creation Records in 1993 and released their first album, 360°. They were soon joined by bassist Leo Williams and keyboardist Dan Donovan, also formerly of Big Audio Dynamite. Throughout 1994 they developed a reputation as a live act and released the limited-edition live album Performance, and in June of that year they opened the Pyramid Stage at Glastonbury. During these early years, their backing vocalists included Melanie Blatt and Alison Goldfrapp. The following year, the band signed to Virgin Records and released their second studio album, Second Light. In 1995, Earl 16 joined as a vocalist, singing on the single "Zion Youth". Dan Donovan left the group.


In January 1996, the group had their first and so far only Top 40 hit in the UK Singles Chart with "Little Britain", which reached No. 20. The song sampled a line from the 1968 cult British film If.... – "Britain today is a powerhouse of ideas, experiments, imagination".


John Peel championed Dreadzone on BBC Radio 1, and cited Second Light as one of his favourite albums of all time. Tracks from Second Light also dominated Peel's Festive Fifty in 1995, and the band recorded six Peel sessions between 1993 and 2001. In 1996 they supported Oasis at the Loch Lomond and Knebworth shows. In 1997, they released their third studio album, Biological Radio. A track from that album, "Dream Within a Dream", appeared on the soundtrack to the film The Saint.


Between 1998 and 2001, the Dreadzone sound system hosted the Dubwiser club night at Notting Hill Arts Club. During that time Roberts and Bran set up a studio together and recorded and released their fourth album, Sound, which featured Brinsley Forde and MC Spee. In 2000, MC Spee joined as a second vocalist. The album was released on the independent Rufflife label.


This article uses material from the Wikipedia article "Dreadzone", which is released under the Creative Commons Attribution-Share-Alike License 3.0.