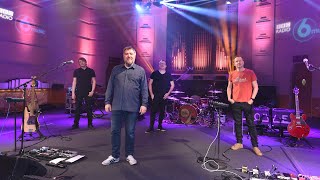 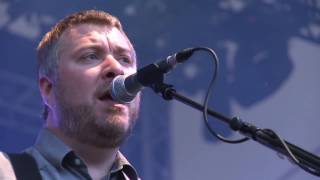 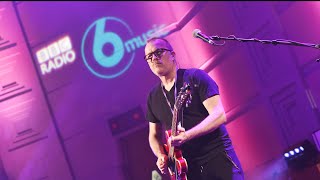 
Doves are an English alt rock band formed in Manchester. The band is composed of twin brothers Jez Williams and Andy Williams , and Jimi Goodwin . Additionally, the band employs Martin Rebelski, as a touring and session musician on keyboards. The band released four studio albums between 2000 and 2009, two of which reached #1 on the UK album charts. A compilation album, The Places Between: The Best of Doves, was released in April 2010.


Doves went on hiatus in 2010. During this time Goodwin released his first solo album, Odludek , while the Williams brothers regrouped as Black Rivers. In December 2018, Doves announced they were ending their hiatus by performing for the Teenage Cancer Trust at London's Royal Albert Hall on 29 March 2019. Further festivals, including some dates with Noel Gallagher, were subsequently announced. The band released two new songs: "Carousels" and "Prisoners", in June and July 2020 respectively. Their fifth studio album The Universal Want was released in September 2020.


The Williams brothers and Goodwin met at high school at age 15. All three members played in various local bands during the timeframe, with their paths occasionally crossing. After meeting again at The Haçienda in 1989, the three formed Sub Sub, releasing their first single "Space Face" in 1991. In 1993 they released "Ain't No Love ," which reached No. 3 in the UK Singles Chart. On the Williams twins' birthday in February 1996, the band's Ancoats studio caught fire and burned down, leading the band members to abandon their previous dance-oriented style and start afresh as alternative rock band Doves in 1998. On the band's change of direction, Jez Williams said: "We were faced with a really black and white decision: throw the towel in or carry on. And if you're going to carry on, you've got to put everything into it to justify it, because before that you've lost everything. That was quite a liberating feeling, actually."


The band released three EPs in 1998 and 1999 on Casino Records, a subsidiary of Rob Gretton's Rob's Records, which established the group's new sound and met with a warm critical response. Their debut album Lost Souls in April 2000 was nominated for the Mercury Music Prize, which they lost to fellow Mancunian and former collaborator Badly Drawn Boy.


Doves' second album The Last Broadcast was released two years later, reaching No. 1 on the UK Albums Chart, and was again nominated for the Mercury Music Prize. The album's first single "There Goes the Fear" became the band's highest-charting single to date, reaching No. 3 on the UK Singles Chart despite only being released for one day before it was deleted. The album's second single "Pounding" reached No. 21 on the Singles Chart and was used in the Vancouver 2010 Winter Olympics With Glowing Hearts/Des Plus Brillants Exploits advertisement campaign and in pre-event intros.


In 2003, the band released a B-sides compilation, Lost Sides, and a DVD entitled Where We're Calling From. The DVD included all of their music videos to date, as well as incidental videos played before the start of their Lost Souls and The Last Broadcast tours. Also on the DVD was a live concert video of the band's gig at Cornwall's Eden Project, recorded in Summer 2002, as well as documentary videos about Doves as well as Sub Sub.


This article uses material from the Wikipedia article "Doves", which is released under the Creative Commons Attribution-Share-Alike License 3.0.