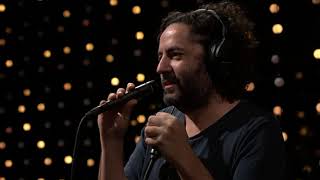 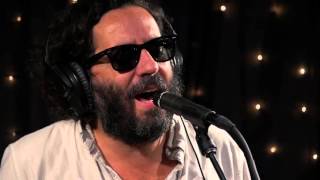 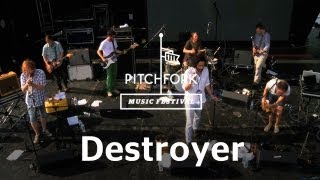 
Destroyer is a Canadian rock band from Vancouver, British Columbia fronted by singer-songwriter Dan Bejar and formed in 1995. The band's discography draws on a variety of musical influences, resulting in albums that can sound markedly distinct from one another; in Bejar's words, "That's kind of my goal: to start from scratch every time."


We'll Build Them a Golden Bridge, Destroyer's 1996 debut, is made up of sixteen lo-fi home-recordings. One reviewer suggested that the album combines Bejar's "gift for melodies" with "a concerted effort to make the recording downright inconsumable; the guitars are always out of tune, and the vocals of Fisher-Price quality. 'Static means punk / tuning is junk,' Bejar moans on one track."Ideas for Songs, released on cassette in 1997, features songs akin to those on his first album. The cassette stemmed from a request to contribute songs for a compilation album.


As Bejar gained popularity in Vancouver's music scene, he was joined by producer John Collins for 1998's City of Daughters, which was recorded at a proper studio. Pitchfork noted that the songs still sounded "homespun", also noting "he wordiness that would become something of a trademark is in full effect", but that "unlike much of what came later, not every line is worthy of examination."


Thief embodied "Bejar's first stab at matching his grandiose, idiosyncratic vision to a showier sound"; it was the first to feature a backing band on every track. The record's "anthemic yet understated" piano-driven ballads have characteristically enigmatic lyrics, though some reviewers interpreted them as critiques of the music industry.


Streethawk: A Seduction realized the sonic refinement started with City of Daughters. Bejar put it this way: "I don't think it gives credence to any kind of conceptualization of the records, but I hope that City of Daughters, Thief, and Streethawk will pop into some kind of a progression that ends with Streethawk." A critical success, the album retrospectively received a rating of 9.1/10 from Pitchfork.


The 2002 rock album This Night was a dramatic change in style. The looser, less rehearsed style was criticized as "messy haphazard without purpose", though other critics praised the "beautiful mess of sounds" as "challenging... a powerful, cohesive whole." In a 2006 interview , Bejar said the album "came together pretty quickly – we probably could have used more than four or five days to mix the whole thing, but that's all hindsight. It's still my favorite Destroyer record."


This article uses material from the Wikipedia article "Destroyer", which is released under the Creative Commons Attribution-Share-Alike License 3.0.