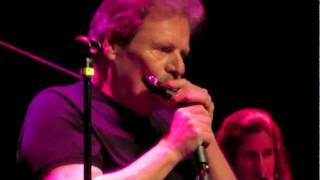 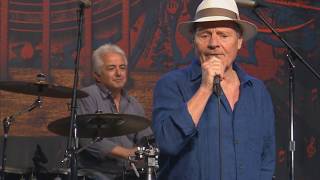 Delbert McClinton 'Why Me?' LIVE on The Texas Music Scene 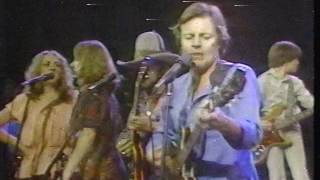 
From his first professional stage appearance in 1957 to his most recent national tour in 2018, he has recorded albums for several major record labels and singles that have reached the U.S. Billboard Hot 100, Mainstream Rock Tracks, and Hot Country Songs charts. His highest-charting single was "Tell Me About It", a 1992 duet with Tanya Tucker, which reached number 4 on the Country chart. Four of his albums have been number 1 on the Blues chart, and another reached number 2. His highest charting pop hit was 1980's "Giving It Up for Your Love," which peaked at number 8 on the Hot 100.


He was inducted into the Texas Heritage Songwriters Hall of Fame in March 2011, along with Lee Roy Parnell, Bruce Channel, Gary Nicholson, and Cindy Walker. In 2019, Delbert McClinton was honored by the historic Paramount Theatre in Austin, Texas with the fifth star in their Walk of Fame. .


McClinton was born in Lubbock, Texas, and relocated with his family to Fort Worth, Texas, when he was 11 years old. He worked in a bar band, the Straitjackets, who played backing Sonny Boy Williamson II, Howlin' Wolf, Lightnin' Hopkins, and Jimmy Reed. McClinton recorded several regional singles before hitting the national chart in 1962, playing harmonica on Bruce Channel's "Hey! Baby". On a tour with Channel in the United Kingdom, McClinton instructed John Lennon on the finer points of blues harmonica playing.


McClinton formed the Ron-Dels, sometimes called the Rondells, with Ronnie Kelly and Billy Wade Sanders. The band had a chart single in 1965 with "If You Really Want Me To I'll Go."


Relocating to Los Angeles in 1972, McClinton partnered with fellow Texan Glen Clark to perform a combination of country and soul music. They achieved a degree of artistic success, releasing two albums before splitting and McClinton embarked on a solo career.


This article uses material from the Wikipedia article "Delbert McClinton", which is released under the Creative Commons Attribution-Share-Alike License 3.0.