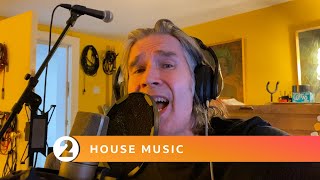 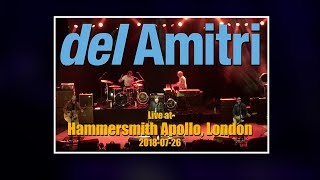 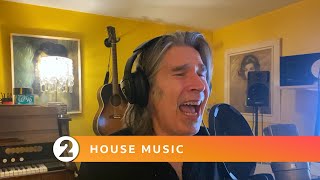 
Del Amitri are a Scottish alternative rock band formed in Glasgow in 1980. Between 1985 and 2002, the band released six studio albums. Their 1995 single "Roll to Me" reached number 10 on the Billboard Hot 100. Five Del Amitri albums have reached the Top 10 in the UK. Globally, Del Amitri have sold six million albums.


Del Amitri's founding member and main songwriter, Justin Currie, explained in 2010 that the band's name "was invented to be meaningless – basically a corruption of the Greek name 'Dimitri'." In 2018, Currie clarified that 'Del Amitri' is a bastardisation of the name of a film producer who appeared in the closing credits of a film he saw in 1979 – "probably Dimitri-something, but we couldn't remember... so eventually through osmosis or maybe Chinese Whispers 'Dimitri' became 'Del Amitri'." Many sources have repeated a claim that the name was chosen because it is Greek for "from the womb", but this is untrue.


Del Amitri grew out of Justin Currie's Jordanhill College School band. The band was formed with the original line-up of Currie , James Scobbie , Donald Bentley and Paul Tyagi . Scobbie and Bentley left the band in 1982 to study at university. A new line-up came together after Currie placed an advertisement in the window of a music store. Scobbie and Bentley were replaced by Iain Harvie and Bryan Tolland . From then on, Currie and Harvie have remained the only constant members of the band.


In 1984, Del Amitri were signed by Chrysalis Records, which released their eponymous debut album in 1985.


As recording started for what would become Del Amitri's second album, the line-up changed. Currie and Harvie invited keyboard player Andy Alston to join the band and fired both guitarist Bryan Tolland and drummer Paul Tyagi. Tolland was replaced in the studio by Mick Slaven and Tyagi by The Commotions' Stephen Irvine. However, Slaven and Irvine chose not to join the band full-time and were replaced by David Cummings and Brian McDermott, respectively.


Released in 1989, Waking Hours reached No.6 in the UK Albums Chart and gave the band their most successful UK single, "Nothing Ever Happens", which peaked at No 11. They also gained some mainstream exposure abroad for the first time, as Waking Hours was a success in several territories with the single "Kiss This Thing Goodbye" flirting with the lower reaches of the US Billboard Hot 100's Top 40. In between Waking Hours and their next album, the band released the single "Spit in the Rain", which reached No. 21 in the UK.


This article uses material from the Wikipedia article "Del Amitri", which is released under the Creative Commons Attribution-Share-Alike License 3.0.