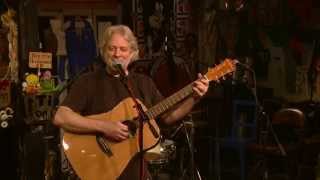 Humor Me - 'Dean Friedman Live! In Concert at Kulak's Woodshed' 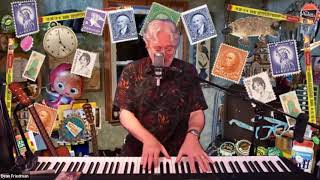 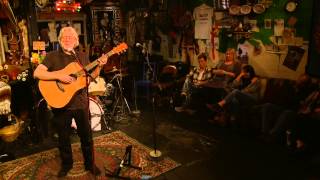 
Dean Friedman is an American singer-songwriter who plays piano, keyboard, guitar and other instruments, including the harmonica.


Although considered a one-hit wonder in the US, he has had multiple singles chart in other territories and continues to write, record and tour.


Born and raised in Paramus, New Jersey, United States, Friedman purchased his first guitar from Manny's Music with a bag of quarters he had saved when he was aged nine, in 1964, and started writing songs. When he was a teenager, he played weddings and bar mitzvahs as part of Marsha and the Self-Portraits, sent out demos and majored in music at City College of New York where one of his teachers was guitarist David Bromberg. By the time he was 20, in 1975, he had a manager and a recording contract with Cashman and West's Lifesong label.


In the United States he is described as a one-hit wonder, following his 1977 hit song "Ariel", which reached number 26 on the Billboard Hot 100 chart and stayed in the chart for five months. American Top 40 ranked it as the 87th biggest hit of 1977. On the Cash Box Top 100, it reached number 17. In Canada, the song reached number 19.


"Ariel" has been described as a "quirkily irresistible and uncategorizable pop song about a free spirited, music loving, vegetarian Jewish girl", from Paramus, New Jersey, where he grew up. It is the only Billboard Top 40 song to contain the word Paramus. It describes the girl Ariel, "standing by the waterfall at Paramus Park", one of the many shopping malls in Paramus. The quarters she was collecting for "friends of BAI" refers to the New York radio station WBAI-FM, and their listener association, while the song also makes reference to "channel 2," which refers to local CBS affiliate WCBS-TV.


Although "Ariel" did not make the UK Singles Chart, "Lucky Stars", a duet with Denise Marsa taken from his second album Well Well Said the Rocking Chair, made No. 3 in the UK in late 1978, and both "Woman of Mine" and "Lydia" were lesser chart hits there.


This article uses material from the Wikipedia article "Dean Friedman", which is released under the Creative Commons Attribution-Share-Alike License 3.0.