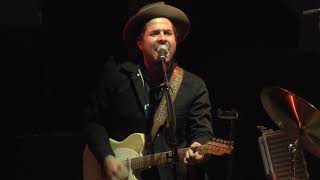 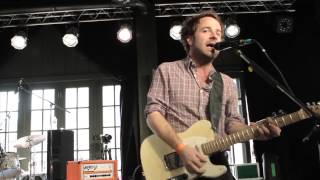 
Dawes is an American folk rock band from Los Angeles, California, composed of brothers Taylor and Griffin Goldsmith , along with Wylie Gelber and Lee Pardini .


Dawes was formed from the band Simon Dawes after the departure of co-songwriter Blake Mills, subsequently abandoning a post-punk sound in favor of folk rock. Dawes has been described as having a Laurel Canyon sound derived from artists such as Crosby, Stills, and Nash, Joni Mitchell and Neil Young.


At the invitation of producer Jonathan Wilson, the band joined a local informal jam session that included Conor Oberst, The Black Crowes's Chris Robinson, and Benmont Tench. The band recorded their debut album, North Hills, in Laurel Canyon in a live setting to analog tape, resulting in a sound that Rolling Stone magazine called "authentically vintage".Wilco multi-instrumentalist Pat Sansone is also credited with appearing on the release.


The band made their television debut on The Late Late Show with Craig Ferguson on April 14, 2010. Dawes released their second album, Nothing Is Wrong, on June 7, 2011 and toured the US co-headlining with Blitzen Trapper. Original keyboardist Tay Strathairn did not appear on Nothing Is Wrong due to other commitments and was temporarily replaced by Alex Casnoff. Strathairn returned to the band in late 2010. Dawes played alongside Jackson Browne at the Occupy Wall Street event in Zuccotti Park, on December 1, 2011. The band also appeared as themselves on the February 7, 2012 episode of the NBC television series Parenthood.


In February 2013, the band released the single "From a Window Seat" from the 2013 album Stories Don't End on Red General Catalog and their own Hub Records.


The song "Just Beneath the Surface" from Stories Don't End was featured in the episode "Independent Movie" of the animated series American Dad!


This article uses material from the Wikipedia article "Dawes", which is released under the Creative Commons Attribution-Share-Alike License 3.0.