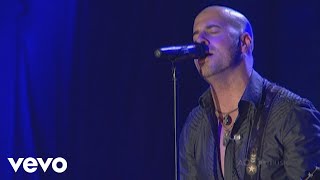 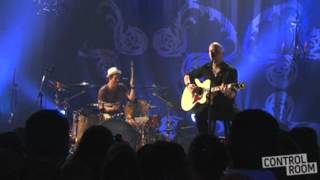 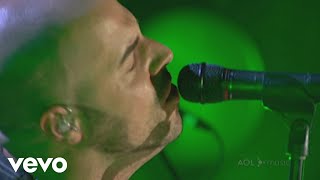 
Daughtry /ˈdɔːtri/ is an American rock band formed and fronted by namesake Chris Daughtry, who was a finalist on the fifth season of American Idol. Their self-titled debut album was released in November 2006 and reached number one on the Billboard 200. The album went on to sell more than six million copies in the United States, and has been certified six times platinum by the RIAA. Daughtry was also named the best selling album of 2007 by Billboard, becoming the fastest-selling debut rock album in Nielsen SoundScan history. The album produced four top 20 hits on the Billboard Hot 100, including top five hits "It's Not Over" and "Home".


The band's second album, Leave This Town, was released in July 2009 and debuted at number one on the Billboard 200 chart, becoming Daughtry's second number one album in the United States. To date, Leave This Town has sold over 1.3 million copies in the United States and has been certified platinum by the RIAA. The album's lead single, "No Surprise", became the band's fifth top 20 hit on the Hot 100. Their third studio album, Break the Spell, was released in November 2011 and debuted within the top 10 on the Billboard 200 chart. The album has been certified Gold by the RIAA. Daughtry's fourth studio album, Baptized, was released in November 2013, and debuted at number six on the Billboard 200 chart, selling approximately 90,000 units. They released their fifth and sixth albums, Cage to Rattle and Dearly Beloved, in July 2018 and September 2021, respectively. To date, Daughtry has sold over 9 million albums and over 25.6 million digital tracks in the U.S.


Chris Daughtry, who finished in fourth place on the fifth season of American Idol in 2006, stated that he would form a new band after turning down Fuel's offer to make him their lead singer. On July 10, 2006, Chris Daughtry had signed with RCA Records and 19 Recordings, which held contracts with fellow American Idol contestants such as Kelly Clarkson and Clay Aiken, and among others. Chris Daughtry is a singer-songwriter himself and has collaborated with several other songwriters, such as Live's Ed Kowalczyk, Seether's Shaun Morgan, Goo Goo Dolls's John Rzeznik, Fuel's Carl Bell, 3 Doors Down's Brad Arnold, Matchbox Twenty's Rob Thomas, SR-71's Mitch Allan,Shinedown's Brent Smith, Three Days Grace's Adam Gontier, and the former The Click Five singer Eric Dill, Theory of a Deadman's Tyler Connolly, Lifehouse's Jason Wade and Nickelback's Chad Kroeger.


Daughtry and members of his label held auditions. Ultimately, they chose four members for the band: Jeremy Brady, 21, guitarist ; Josh Steely, 36, lead guitarist; Josh Paul , 29, bassist who played for Suicidal Tendencies; Joey Barnes, 30, drummer, . Two of the band members hail from North Carolina – Barnes, whom Chris had known for some time, and Brady, who was introduced to him a month before the audition. Steely and Paul are both from California. The decision was made to name the band "Daughtry" in order to keep name recognition. In an interview, Chris Daughtry said, "We could have come out with a really obscure name, but coming from a TV show and having name recognition, it was easier just to go with my last name."


The band's self-titled debut album was produced by Howard Benson and was released by RCA Records on November 21, 2006. Chris Daughtry wrote and co-wrote all but two songs on the album – "Feels Like Tonight" and "What About Now". Other notable songwriters Dr. Luke and Max Martin contributed to the album, and session drummer Josh Freese played on all tracks. However, at the time the album was recorded, Chris was the only official member of the band, leading some to mistakenly believe that the band Daughtry is his solo career.


Daughtry was an instant success and spawned several hits for the group, starting with its first single "It's Not Over", which debuted on the radio on December 6, 2006, after being delayed from a planned September release and reaching number four on the Billboard Hot 100 and hitting the top 3 in several other charts. Shortly thereafter, Jeremy Brady departed and was replaced with Brian Craddock, 31, from Virginia. In interviews, Chris Daughtry and Craddock have discussed having known each other when Chris Daughtry was still a member of Absent Element.


This article uses material from the Wikipedia article "Daughtry", which is released under the Creative Commons Attribution-Share-Alike License 3.0.