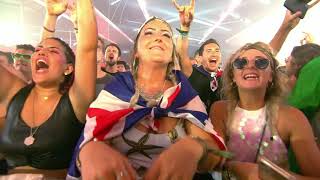 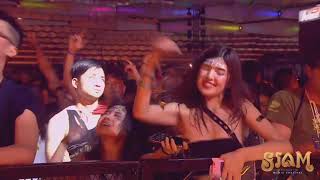 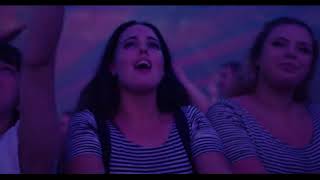 
Darren James Mew , better known as Darren Styles, is an English record producer, DJ, singer and songwriter from Colchester, England. Originally a member of the breakbeat hardcore group DJ Force & The Evolution, Styles found success during the 1990s as one half of Force & Styles. The duo were pioneers of happy hardcore and wrote several well-known songs such as "Heart of Gold", "Pretty Green Eyes" and "Paradise & Dreams".


In the early 2000s, Darren Styles began producing more trance-influenced records with Mark Brady as Styles & Breeze. The duo released two hit singles "You're Shining" and "Heartbeatz" which both reached the Top 20 of the UK Singles Chart. They have been involved in all volumes of the popular Clubland X-Treme Hardcore compilation series. Darren Styles also has a collab alias with Stonebank called "Zero Hero".


As a solo artist, Styles has released two studio albums, the Gold-selling Skydivin' and Feel the Pressure . He has also frequently collaborated with several other artists such as Hixxy, Ultrabeat and N-Force.


Styles was born as Darren James Mew in Colchester, Essex, England. He was encouraged to play music from an early age by his father, a blues fan, and always had a passion for music. He spent many nights mastering his ability on the keyboard and developing his own style, inspired by dance music. In February 1992 in Clacton-on-Sea, Styles had his first "hands on" experience of the underground rave scene in "Oscar's Nightclub" on Clacton Pier. This event lead to him wanting to be a part of the dance music community.


His first records were as part of the breakbeat hardcore group DJ Force & The Evolution released in 1993. The group signed to hardcore record label Kniteforce and many of their tracks were played by Carl Cox. The group also produced tracks using the alias A Sense of Summer for another hardcore label Universal Records owned by Slipmatt.


In 1995, he and Paul Hobbs set up their own label UK Dance Records so they could quickly release more material and have complete artistic licence over their records. They began producing using the alias Force & Styles and released many 12-inch records on UK Dance and by 1996 their popularity had grown so that they were DJing every weekend up and down the UK, as well as touring Australia, North America, and Ibiza on a regular basis. The two also held residencies at various events including those by Slammin Vinyl, Helter Skelter and United Dance.


This article uses material from the Wikipedia article "Darren Styles", which is released under the Creative Commons Attribution-Share-Alike License 3.0.