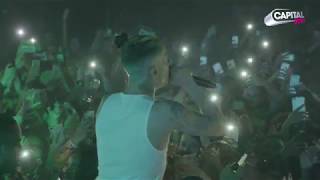 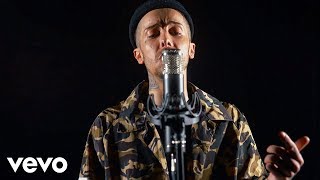 
Costadinos Contostavlos , better known by his stage name Dappy, is a British rapper, singer, songwriter, record producer and actor. He is the lead singer of the Camden-based hip hop and grime trio N-Dubz, with his cousin Tulisa, and Fazer. He was known for his slightly unusual dress sense and his love for what he describes as "eye-catching headwear". His trademark was wearing a selection of woolly chullos , turning up one or both of the ear-flaps of the hat.


Dappy appeared on the television show Never Mind the Buzzcocks on 29 November 2007, on Phill Jupitus' team, and wore a trademark "Dappy hat", also giving one to Simon Amstell to wear as part of the gag. Despite vowing he would not return to the show he appeared for a second time on the guest team on 4 December 2008 and for a third time, on Phill's team, which was broadcast on 18 November 2009. He is known to be a good friend of Chris Moyles and also gets on well with Tinchy Stryder after releasing a single together, called "Number 1". Dappy has made cameo appearances on K.I.G's "Head, Shoulders, Kneez and Toez" music video, Gracious K's "Migraine Skank" music video, and Chipmunk's "Chip Diddy Chip" music video, as one of Chipmunk's school friends.


It was announced on 17 June 2011 that N-Dubz had left their American record deal, amid rumours that the band had split. These rumours began circulating again in August 2011; however, Dappy insisted the band had not split, but were simply taking a break. As such, during the band's hiatus period, all three members decided to embark upon solo careers. Before the band's split, Dappy signed a contract with Takeover Entertainment Ltd that confirmed that if the band ever split or went on hiatus, he would continue as a solo artist. His first taste of solo stardom came as a guest artist on label-mate Tinchy Stryder's single "Spaceship", which was released in June 2011. While deciding upon his debut solo single, Dappy was contacted by Def Jam, asking him what he would like done with the demos of a track N-Dubz had recorded whilst under the label, which remained unreleased. Dappy decided to re-record the track, "No Regrets", and release it as his debut solo effort. Featuring a cameo appearance from band-mate Fazer, "No Regrets" took the charts by storm, peaking at #1 in the UK and Scotland, and at #8 in Ireland.


Following the success of "No Regrets", Dappy claimed during an interview that: "With my solo stuff, I really want to earn the respect of an older audience. I don't think there's any shame in trying to write music that will be recognised by people I admire. Bono. I have big goals. I want to have two #1 singles back-to-back as a solo artist." Dappy soon succeeded, gaining praise from Queen guitarist Brian May, who was "impressed" with "No Regrets". As a result, Dappy invited May for a guest stint on his second single, which coincidentally was titled "Rockstar". "Rockstar" was released on 26 February 2012. On 29 February, Dappy revealed that the title of his album would be Bad Intentions, claiming that the album "is motivational music for people who believe they can't do nothing, a battle we have with our own mind." The album's third single was "Come with Me". Subsequently, he revealed that the fourth single will be "Good Intentions", and if "Rockstar" peaks at #1 on the UK Singles Chart, he will enlist Barbadian singer Rihanna and British superstar Adele, who will both have vocal sections on the single. He claimed that Rihanna contacted him after she was impressed with a demo tape she had heard of his music. Dappy confirmed in September 2011, before the release of "Rockstar" and "Bad Intentions", that the album's final single will be a collaboration with The Wanted, which will be released towards the end of 2012.


Dappy's single "Beautiful Me" was released on 29 March 2015 and reached number 19 in the UK. He followed this up with the promotional release "100 " in July, and the full single "Money Can't Buy" in September 2015. All three songs were set to be included on his second All Around the World album Miracles in November 2015, but the album did not eventuate and Dappy has since left All Around the World and released his first independent EP, Eros Apollo, on Christmas Day 2015.


In 2016, Dappy released the singles "Hip Hip Hooray" and "Kiss" and a Freestyle called "Messi" these songs again were released via an independent label/management partnership called LEX Music Corp


This article uses material from the Wikipedia article "Dappy", which is released under the Creative Commons Attribution-Share-Alike License 3.0.