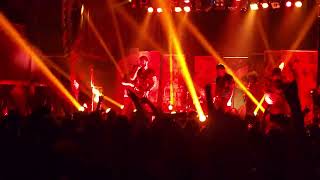 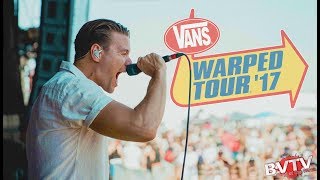 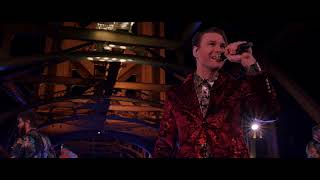 
Dance Gavin Dance is an American rock band from Sacramento, California, formed in 2005. The band currently consists of vocalist Jon Mess, lead guitarist Will Swan, rhythm guitarist Andrew Wells, and drummer Matthew Mingus. The band formerly included lead vocalists Jonny Craig, Kurt Travis, and Tilian Pearson. The lineup has changed several times since their inception. Swan and Mingus are the only band members who have appeared on every studio album.


The band released their debut extended play , Whatever I Say Is Royal Ocean, in 2006 and signed to Rise Records thereafter. Their debut studio album, Downtown Battle Mountain, was released in May 2007. Craig and guitarist Sean O'Sullivan left the group and were replaced by Kurt Travis and Zachary Garren, respectively. They released their self-titled album, Dance Gavin Dance, in August 2008. Vocalist Jon Mess and bassist Eric Lodge left the group before the album's release, with Lodge being replaced by Jason Ellis. Happiness, the group's third studio album, was released in June 2009.


Bassist Tim Feerick passed away in 2022, prior to the release of the band's tenth album, Jackpot Juicer, while vocalist Tilian Pearson was announced to be "stepping away" from the band following sexual misconduct accusations.


The band has achieved four top-twenty albums in the US, including one top 10, and have become one of the most popular music groups in post-hardcore.


Dance Gavin Dance formed shortly after the dissolution of guitarist Will Swan, drummer Matt Mingus and bassist Eric Lodge's previous band, Farewell Unknown. After recruiting unclean vocalist Jon Mess, clean vocalist Jonny Craig joined the band after leaving his former band Ghost Runner On Third due to conflicts within the group. In 2005, they self-released their debut extended play , Whatever I Say Is Royal Ocean, which was subsequently re-released on November 14, 2006, on Rise Records. Their debut studio album, Downtown Battle Mountain, produced by Kris Crummett, was released on May 15, 2007, on Rise Records. The band toured with American post-hardcore groups Alesana, A Day To Remember and Pierce the Veil in support of the album.


This article uses material from the Wikipedia article "Dance Gavin Dance", which is released under the Creative Commons Attribution-Share-Alike License 3.0.