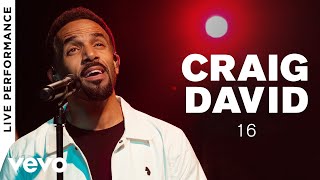 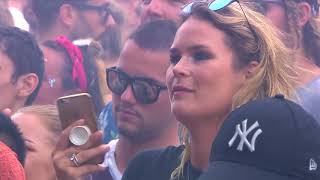 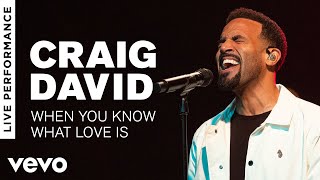 
Craig Ashley David is a British singer, songwriter, rapper, DJ and record producer who rose to fame in 1999, featuring on the single "Re-Rewind" by Artful Dodger. David's debut studio album, Born to Do It, was released in 2000, after which he has released a further five studio albums and worked with a variety of artists such as Sting, Tinchy Stryder, Big Narstie, Kano and Jay Sean. David has 20 UK Top 40 singles, and seven UK Top 40 albums, selling over 15,000,000 records worldwide as a solo artist.


David was born in Southampton, Hampshire, the son of Tina , a retail assistant at Superdrug, and George David, a carpenter, and grew up in the Holyrood estate. David's father is Afro-Grenadian and David's mother is Anglo-Jewish and related to the founders of the Accurist watch-making company; David's maternal grandfather was an Orthodox Jew and his maternal grandmother a convert to Judaism. David's parents separated when he was eight and he was brought up by his mother. He attended Bellemoor School and Southampton City College.


David was bullied by other students at school. He wrote and released the song "Johnny" in 2005 about his sad memories of being bullied.


David's father played bass in a reggae band called Ebony Rockers. As a teen, David began accompanying his father to local dance clubs, where DJs let him take the microphone.


David's earliest exposure came when he worked on a B-side to British group Damage's cover of "Wonderful Tonight", on the track "I'm Ready". He then started doing vocals for the English garage duo Artful Dodger, on tracks such as "Something" and "What Ya Gonna Do".


This article uses material from the Wikipedia article "Craig David", which is released under the Creative Commons Attribution-Share-Alike License 3.0.