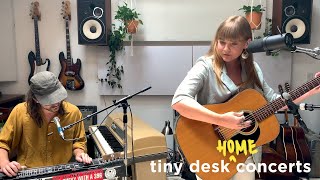 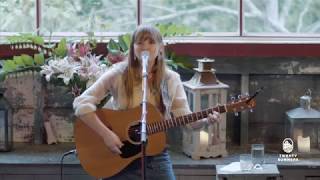 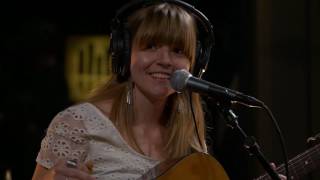 
Courtney Marie Andrews is an American singer-songwriter originally from Phoenix, Arizona, United States. She released her first widely distributed and breakthrough album, Honest Life, in 2016. From 2010 to 2011, Andrews was an auxiliary member of Jimmy Eat World, appearing on their 2010 album Invented and acting as their keyboardist and backing vocalist on the subsequent tour.


Andrews began playing guitar and writing songs at the age of 13 or 14 and began performing at 15.


In September 2009, Jim Adkins of the band Jimmy Eat World asked Andrews to sing with him on a live cover of Wilco and Feist's song "You and I". In 2010, she recorded backup vocals for Jimmy Eat World on five songs for their album Invented. She subsequently joined them on stage to perform during the album's release and full 2010/2011 tours, acting as their keyboardist and backing vocalist.


In 2011, Andrews relocated to Seattle, Washington. It was there that she began playing electric guitar in long-time admirer Damien Jurado's band.


It was while living in Belgium for four months playing guitar and singing with Belgian star Milow that the songs for Honest Life, Andrews' fifth album, started taking shape. Written on the back of heartbreak and homesickness, Honest Life tells the story of Andrews' first true growing pains as a woman, the desire to fit somewhere when nowhere fits and the longing to return home to the people she knows and loves. The album was produced entirely by Andrews at Litho Studios in Seattle with recording engineer Floyd Reitsma and was released on August 19, 2016, in North America by Mama Bird Recording Co. and on January 20, 2017, in the UK and Europe by Loose.


It was well received by US critics. In addition to being The Bluegrass Situation's Album of the Year,Rolling Stone named Honest Life one of the Top 40 country albums of 2016 as well as naming Andrews one of ten new country artists people need to know.Stereogum praised Andrews' songwriting, calling it "an expert marriage of gracefully confessional songwriting with country-folk arrangements that recall Joni Mitchell" while naming Honest Life the No. 6 best country album of 2016. While naming it the No. 38 best album of 2016,American Songwriter called the single "How Quickly Your Heart Mends" the No. 4 song of 2016 and continued to praise Andrews' songwriting saying "she writes with such empathy and insight that she gives Lucinda a run for her money". The single "Rookie Dreaming" was placed on the year end Heavy Rotation list by NPR and was placed on their "Folk Alley's 10 Favorite Albums of 2016" list.


This article uses material from the Wikipedia article "Courtney Marie Andrews", which is released under the Creative Commons Attribution-Share-Alike License 3.0.