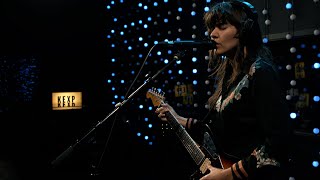 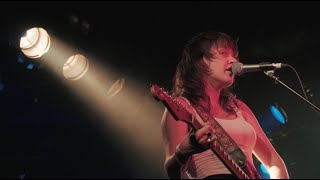 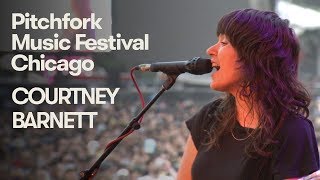 
Courtney Melba Barnett is an Australian singer, songwriter and musician. Known for her deadpan singing style and witty, rambling lyrics, she attracted attention with the release of her debut EP I've Got a Friend Called Emily Ferris in 2012. International interest came with the release of her EP The Double EP: A Sea of Split Peas in 2013.


Barnett's debut album, Sometimes I Sit and Think, and Sometimes I Just Sit, was released in 2015 to widespread acclaim. At the 2015 ARIA Music Awards, she won four awards from eight nominations. She was nominated for Best New Artist at the 58th Annual Grammy Awards and International Female Solo Artist at the 2016 Brit Awards. She released Lotta Sea Lice, a collaborative album with Kurt Vile, in 2017. She released her second album, Tell Me How You Really Feel, to further acclaim in 2018. Barnett's third studio album Things Take Time, Take Time was released in November 2021.


Courtney Melba Barnett was born in Sydney on 3 November 1987. Her middle name comes from opera singer Nellie Melba. She grew up in Sydney's Northern Beaches area. Her mother was a ballerina. When she was 16, her family moved to Hobart. She attended St Michael's Collegiate School and the Tasmanian School of Art. Having grown up listening to American bands, she discovered Australian singer-songwriters Darren Hanlon and Dan Kelly, who inspired her to start writing songs. While pursuing a music career, she worked as a pizza delivery driver.


From 2010 to 2011, Barnett played second guitar in Melbourne garage grunge band Rapid Transit. They released one self-titled album on cassette, which is now a rare collector's item. Barnett also recorded many early versions of her songs with a band called Courtney Barnett and the Olivettes, which was later shortened to The Olivettes. They released a live EP demo CD, with only 100 copies being produced which were hand numbered. Around this time Courtney also featured on a track by Melbourne singer-songwriter Giles Field called "I Can't Hear You, We're Breaking Up" which was released in late 2011. She also has a credit as co-writer on the song.


Between 2011 and 2013, Barnett was a member of Australian psych-country band Immigrant Union, a musical project founded by Brent DeBoer and Bob Harrow. Along with sharing vocal duties, Barnett predominantly played slide guitar and is on the band's second studio album, Anyway. DeBoer also played drums on Barnett's first EP, I've Got a Friend called Emily Ferris. It appeared in 2012 on Barnett's own label, Milk! Records.


In 2013, Barnett played lead guitar on Jen Cloher's third studio album, In Blood Memory, which was also released on Milk! Records. Following the release of her first EP, Barnett signed to Marathon Artists . In August 2013, Marathon Artists released The Double EP: A Sea of Split Peas, a combined package of Barnett's first EP and her second EP, How to Carve a Carrot Into a Rose.The Double EP brought Barnett international critical acclaim, with "Avant Gardener", the lead single, named Track of the Day by Q Magazine and Best New Track by Pitchfork in 2013. It was named the album of the week by Stereogum The track "History Eraser" was nominated for the APRA Song of the Year.How to Carve a Carrot into a Rose was released on a limited run by Milk! Records as a standalone EP in October 2013. Marathon Artists and House Anxiety partnered with Mom + Pop Music for the U.S. release of The Double EP in 2014.


This article uses material from the Wikipedia article "Courtney Barnett", which is released under the Creative Commons Attribution-Share-Alike License 3.0.