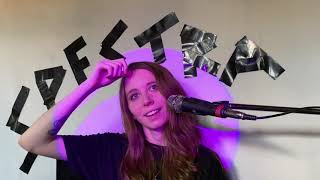 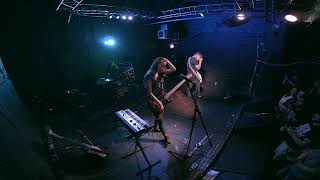 About Courage My Love

Courage My Love is a three-piece rock band from Kitchener, Ontario, Canada. Formed in 2009 the band consists of twin sisters Mercedes Arn-Horn and Phoenix Arn-Horn in addition to bassist Brandon Lockwood.


The group was discovered at a battle of the bands in Stratford, Ontario in early 2010, and were soon signed to Warner Music Canada. They took their band name from a quote in the H.G. Wells movie Things to Come.


The core of the group are twin sisters Mercedes and Phoenix Arn-Horn who are both classically trained in voice, piano, guitar, and cello. Bassist Brandon Lockwood was recruited in 2013 after original bassist David Blake-Dickson decided to depart from the band, for personal reasons.


In 2012 they were named one of the Top 100 Bands You Need to Know by Alternative Press Magazine An extended version of their For Now EP was released July 18, 2012, on Grizz Rhythms/Spinning.


To promote their third EP, Becoming, the band produced a 6-part spoof Reality TV show, "The Real Lives of Courage My Love", which was released on the band's YouTube Channel.


In August 2013 they were featured on the cover of Canadian Musician magazine. The feature article focused on the band's approach to finding success in the new music industry by utilizing social media to interact with fans all over the world.


The band was nominated for 'Breakthrough Group of the Year' at the 2014 Juno Awards.


This article uses material from the Wikipedia article "Courage My Love", which is released under the Creative Commons Attribution-Share-Alike License 3.0.