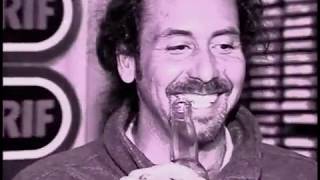 About Corrosion of Conformity


Corrosion of Conformity is an American heavy metal band from Raleigh, North Carolina, formed in 1982. The band has undergone multiple line-up changes throughout its existence, with guitarist Woody Weatherman as the sole constant member. Weatherman, founding bassist Mike Dean, founding drummer Reed Mullin, and vocalist and rhythm guitarist Pepper Keenan are widely regarded as its 'classic' line-up. After a hiatus in 2006, Corrosion of Conformity returned in 2010 without Keenan, who had been busy touring and recording with Down, but announced their reunion with him in December 2014.


The band started as a hardcore punk band but later moved towards a slower and blues-tinged heavy metal sound. To date, the band has released ten studio albums, four EPs, one compilation, and one live album. Their first three studio albums―Eye for an Eye , Animosity and Blind ―attracted the attention of Columbia Records, who signed the band in 1993. Corrosion of Conformity found success with the release of their 1994 fourth studio album, Deliverance, which peaked at number 155 on the Billboard 200 and spawned the hits "Albatross" and "Clean My Wounds". Their 1996 follow-up Wiseblood was also successful, and at the time, it was the band's highest-charting album in the United States, peaking at number 104 on the Billboard 200. Their latest album, No Cross No Crown, was released in 2018 and became the band's first album to enter the top 100 on the Billboard 200, where it peaked at number 67.


They released tracks on the No Core cassette tape compilation on the label of the same name along with other North Carolina punk bands in 1982 as well as on the "Why are we here?" 7" compilation in 1983, also on the No Core label. Shelton quit the band in 1983 and COC first recruited Robert Stewart to sing but he stayed only for about a month, so they recruited Eric Eycke from fellow Raleigh band Colcor to be the new singer. They recorded their first album, "Eye for an Eye", with Eycke.


Their hardcore punk-oriented 20-track debut Eye for an Eye—the only album featuring Eycke—was initially released in 1984 and later re-released by Caroline Records in 1989. Soon after, Eycke left the band and COC continued as a three-piece with Dean and Mullin sharing vocal duties on 1985's follow-up Animosity. In 1987, COC recruited Simon Bob Sinister after the breakup of their fellow Carolina band and Death Records labelmates Ugly Americans. The band's 1987 release, Technocracy, featured the hectic crossover thrash musicianship of COC with a cleaner vocal style than they had in the past.


Mike Dean departed in 1987 and Simon Bob soon followed, leaving COC in a state of flux for a couple of years. The remaining members re-tuned the lineup and searched for a new vocalist, even posting a classified in Flipside Fanzine for a singer similar in sound to "James Hetfield or Ozzy Osbourne" to go with their new metal sound. Caroline Records released some old tracks with Mike singing during this time with the aptly named Six Songs with Mike Singing EP.


This article uses material from the Wikipedia article "Corrosion of Conformity", which is released under the Creative Commons Attribution-Share-Alike License 3.0.