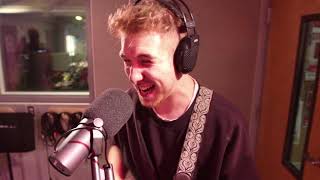 Cleopatrick is a Canadian hard rock duo based out of Cobourg, Ontario. They have their own record label, called Nowhere Special Recordings.


Childhood friends Ian Fraser and Luke Gruntz grew up in Cobourg, Ontario had been friends since age 4 and began getting interested in music around age 8 when they first listened to AC/DC. Later in their teens they began recording their own music.


Their debut EP, titled '"14"' was released on 14 February 2016, though they began to gain popularity with single "Hometown". Released in 2017, it peaked at No. 6 on the US Mainstream Rock Charts. It was taken from their second EP, "The Boys", which was released on 29 June 2018. The band's first music festival was the 2018 instalment of Lollapalooza in Chicago, and continuing into 2019 they played many festivals, including 2000 Trees Festival in England and Shaky Knees Music Festival in Atlanta, Non-album single "Sanjake" was released in March 2019.


The band has drawn comparisons in their sound and personal reflection of music to bands such as Highly Suspect, Royal Blood, Arctic Monkeys, and Catfish and the Bottlemen.


The band has also stated AC/DC, Highly Suspect, Zig Mentality, and Ready The Prince as their biggest musical influences, along with the stylings and musical risk taking associated with modern Hip hop.


This article uses material from the Wikipedia article "Cleopatrick", which is released under the Creative Commons Attribution-Share-Alike License 3.0.