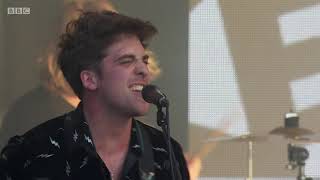 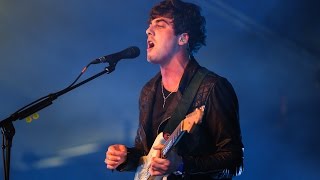 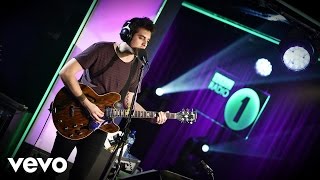 Circa Waves - Fire That Burns in the Live Lounge
Share Concert


Shudall met both Rourke and Plummer through mutual friends at Liverpool Sound City in 2013, meeting Falconer not long after at the same festival where he worked as a stage manager. During the summer and autumn of 2013 the band played several short UK tours, which included some secret shows. In a July 2014 interview in Paris, Joe Falconer stated regarding the band name's origin, "Kieran wrote the demo for "Young Chasers", recorded it and uploaded it to SoundCloud in one day. As he was uploading it he needed a name and it was the first thing that came into his head in that split second. "


On 2 December 2013, the band released their debut single "Get Away/Good For Me", a double A-side on Transgressive Records handled by Jen Long's Kissibility label. In February 2014 Zane Lowe played the band's second single "Stuck in My Teeth" as his Hottest Record in the World. The band opened the NME Awards Tour in March 2014, which also included Temples, Interpol and Royal Blood. On 10 June 2014 Circa Waves released their Young Chasers EP on Virgin Records in the USA. A Japanese edition was released on 2 July 2014.


Circa Waves performed at various festivals during the summer of 2014, including Hurricane and Southside Festivals in Germany, Latitude Festival, T-in the Park, Glastonbury Festival, and Splendour in the Grass . They also performed at Arenal Sound , Summersonic in Japan, and at Reading and Leeds Festival at the end of August 2014.


The band also supported The Libertines in September 2014.


This article uses material from the Wikipedia article "Circa Waves", which is released under the Creative Commons Attribution-Share-Alike License 3.0.