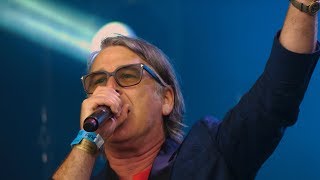 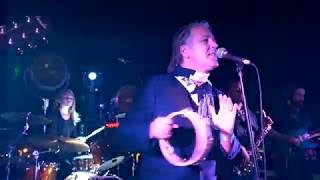 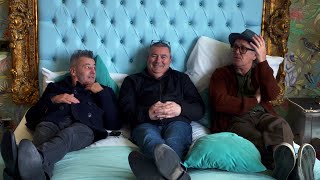 
China Crisis are an English pop/rock band. They were formed in 1979 in Kirkby, near Liverpool, Merseyside with a core of vocalist/keyboardist Gary Daly and guitarist Eddie Lundon. China Crisis were part of a wave of new Liverpool acts in the late 1970s and early 1980s, led by OMD and also including Echo and the Bunnymen, The Teardrop Explodes, A Flock of Seagulls and Frankie Goes to Hollywood.


China Crisis had moderate success in the United Kingdom in the 1980s with five Top 40 singles and three Top 40 albums. The band also achieved a modest level of commercial success in Western Europe and Australia, and some minor chart successes in the Americas.


Sharing an affection for Stevie Wonder, Steely Dan, David Bowie, and Brian Eno, Gary Daly and Eddie Lundon played with various Knowsley post-punk groups. Daly then spent time tinkering with synthesizers and a drum machine. Along with Lundon, Daly began writing songs. The pair eventually asked drummer and percussionist Dave Reilly to join them in 1981, and in 1982 they released their debut single "African and White" as China Crisis on the independent record label, Inevitable. In June 1982, they backed Tom Verlaine at The Venue in London.


The band were signed to Virgin Records and recorded their debut album, Difficult Shapes & Passive Rhythms, Some People Think It's Fun to Entertain, which was released in December 1982. A re-release of "African and White" reached No. 45 in the UK Singles Chart. The follow-up single, "Christian", made UK No. 12 in early 1983 and brought them to national prominence. By the time of this success; Reilly had left the band, but had remained with the band long enough to co-write and perform on "Christian", along with session musician Steve Levy playing oboe and saxophone. The album peaked at No. 21 in the UK Albums Chart. During this period the band toured supporting Simple Minds .


Adding Gary "Gazza" Johnson and Waterboys drummer Kevin Wilkinson to the line-up, a second album, Working with Fire and Steel – Possible Pop Songs Volume Two, was released in November 1983. Tracks included the singles "Tragedy and Mystery" and "Hanna Hanna" as well as the title track, "Working with Fire and Steel", which became a hit single in Australia. The album was a Top 20 success in the UK, and China Crisis spent 1984 and 1985 making their biggest chart run, beginning with their only UK Top 10 hit single, "Wishful Thinking", which peaked at No. 9.


Their third album, Flaunt the Imperfection, was produced by Walter Becker of Steely Dan fame and reached No. 9 in the UK Albums Chart in May 1985. China Crisis was so honoured to directly work with Becker that they officially listed him in the group as a quintet consisting of Daly, Lundon, Johnson, Wilkinson, and Becker on the album's credits. Becker was living on Maui, Hawaii, when he was approached by Virgin to work on this project, and he had to leave his expecting partner Eleanor to assist. He never formally appeared with the band and the subsequent tour featured new keyboard player Brian McNeill. Johnson was now credited as co-writer with Daly and Lundon.


This article uses material from the Wikipedia article "China Crisis", which is released under the Creative Commons Attribution-Share-Alike License 3.0.