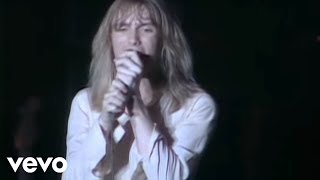 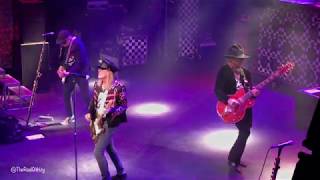 
Cheap Trick released their self-titled debut album in 1977 and found success in Japan with the release of their second album, In Color, later that year. The band would achieve mainstream popularity in the United States in 1979 with their breakthrough album Cheap Trick at Budokan. Cheap Trick reached the Top 10 in the US charts in 1979 with the Budokan live version of "I Want You to Want Me" and topped the charts in 1988 with "The Flame".


Cheap Trick have performed live more than 3,700 times and sold more than 20 million albums. Over the course of its career, the band has experienced several resurgences of popularity and built a dedicated cult following. Cheap Trick were inducted into the Rock and Roll Hall of Fame in 2016.


In 1967, Rick Nielsen formed Fuse with Tom Peterson , who had played in another Rockford, Illinois band called The Bo Weevils. With Bun E. Carlos joining on drums, Fuse moved to Philadelphia in 1971. They originally called themselves 'Sick Man of Europe' from 1972 to 1973. After a European tour in 1973, Nielsen and Petersson returned to Rockford and reunited with Carlos. According to Rolling Stone, the band adopted the name 'Cheap Trick' on August 15, 1973. The name was inspired by the band's attendance at a Slade concert, where Petersson commented that the band used 'every cheap trick in the book' as part of their act.


Randy "Xeno" Hogan was the original lead singer for Cheap Trick. He left the band shortly after its formation and was replaced by Robin Zander.


With Robin Zander now on vocals, the band recorded a demo in 1975 and played in warehouses, bowling alleys, and various other venues around the midwestern United States. The band was signed to Epic Records in early 1976. The band released its first album, Cheap Trick, in early 1977. While favored by critics, the album did not sell well. The album's lone single, "Oh, Candy", failed to chart, as did the album. Their second album, In Color, was released later that year. The singles "I Want You To Want Me" and "Southern Girls" failed to chart. However, in 2012, In Color was ranked No. 443 on Rolling Stone magazine's list of the 500 greatest albums of all time.


This article uses material from the Wikipedia article "Cheap Trick", which is released under the Creative Commons Attribution-Share-Alike License 3.0.