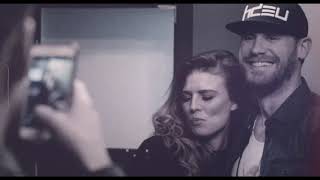 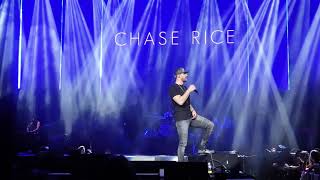 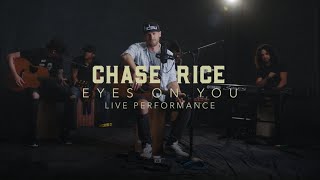 
Chase Rice is an American country music singer, songwriter, and reality television personality. Rice is also a former college football linebacker for the University of North Carolina and former NASCAR pit crew member for Hendrick Motorsports. He co-wrote the Pop Country single "Cruise" performed by Florida Georgia Line. He released the EP Ready Set Roll, featuring the single "Ready Set Roll", on October 15, 2013. The full-length album Ignite the Night was released on August 19, 2014, and includes "Ready Set Roll". On August 27, 2014, Ignite The Night debuted at #1 on Billboard Top Country Albums. His first #1 single on country radio was Eyes on You, which went #1 in 2019.


He first came to prominence in 2010, when he was a contestant on Survivor: Nicaragua, where he was the runner-up to Jud "Fabio" Birza.


Born in Florida, Rice was raised on a farm in Asheville, North Carolina. He attended AC Reynolds High School and the University of North Carolina at Chapel Hill, where he was a linebacker on the football team, but did not pursue an NFL career due to injury.


After graduating from UNC, Rice was selected to join the Hendrick Motorsports pit crew as the rear tire carrier for Ryan Newman’s Nationwide Series car. He also worked on Jimmie Johnson's Sprint Cup Series car and won two championships with the Lowe's team.


Rice was selected as a cast member of the reality television show Survivor: Nicaragua. He said that he was able to get his application into CBS through a college friend who had a connection with the network.


Rice was originally on the La Flor tribe, consisting of younger contestants. During his time on the tribe, he was quickly attracted to fellow contestant Brenda Lowe, who became aware of his attraction and used it to her advantage, recruiting him and several others into an alliance. However, after La Flor won three of the first four tribal immunity challenges, the tribes were blended and Rice ended up on the new version of the original "older contestants" tribe, Espada, while Lowe remained on the new version of the La Flor tribe. Rice and Lowe both ultimately made it to the merged group, Libertad, where their alliance successfully caused the eliminations of Alina Wilson and Marty Piombo, before turning on Lowe and eliminating her as a threat. Following Lowe's elimination, Rice continued with the alliance under new leader Matthew "Sash" Lenahan. After two contestants quit, the alliance continued eliminating targets Ben "Benry" Henry, Jane Bright, Dan Lembo, and Holly Hoffman, although Bright and Hoffman were members of the alliance. The alliance tried to eliminate Jud "Fabio" Birza as a threat against the jury, but Birza managed to evade them by winning the last three consecutive immunities. Rice performed exceptionally well in the post-merge challenges, being on the winning team in two of the three team-oriented rewards, and winning the last two individual rewards. Eventually, Rice made it to the final three with Lenahan and Birza, where he had a chance to win the $1 million as "Sole Survivor". In pleading his case to the jury, Rice claimed that he was being open about how he played the game, but was criticized both for his rash decisions and occasional indecisiveness, as well as being perceived as a follower under both Lowe and Lenahan. Although both Rice and Lenahan tried to accuse Birza of not knowing what was going on in the competition, the jury still ultimately chose Birza who received five of the nine votes; Rice received the votes of Hoffman, Bright, Lowe, and Wilson.


This article uses material from the Wikipedia article "Chase Rice", which is released under the Creative Commons Attribution-Share-Alike License 3.0.