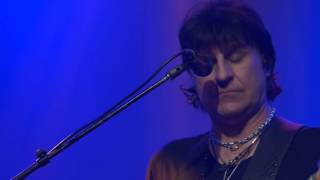 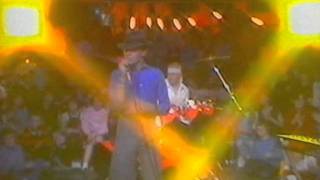 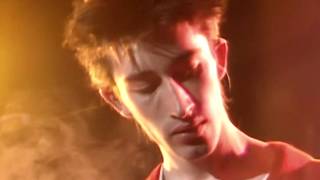 
The Membranes are an English post-punk band formed in Blackpool, Lancashire in 1977, the initial line-up being John Robb , Mark Tilton , Martyn Critchley and Martin Kelly . Critchley soon left, with Robb and Tilton taking on vocals, and Kelly moving to keyboards, with "Coofy Sid" taking over on drums.


Their first release was the "Flexible Membrane" flexi-disc in 1980, and over the next 11 years they went on to release six studio albums. Their first single proper, "Muscles", was a single of the week in the UK music press and a big club hit in New York being played in the Danceteria by the Beastie Boys eventual DJ Mojo and other New York DJs. Kelly left after "Muscles", to be replaced by Steve Farmery on guitar for the follow-up Pin Stripe Hype EP.


In 2009, the band reformed after My Bloody Valentine asked the band to play their All Tomorrows Parties festival. They then recorded the Dark Matter/Dark Energy album and have been playing festivals across Europe since then as well as special event gigs such as at the top of Blackpool Tower. The band received press acclaim for a series of concerts they played with choirs in Estonia and Portugal as well as the BIMM choir in the UK.


In 1977, John Robb and Mark Tilton formed the band at Blackpool Sixth Form College. Inspired by punk rock and the DIY ethic of punk, they started both a fanzine, Rox, and The Membranes at the same time. Tilton, who lived a few doors down the road from Robb, bought a 'Woolworth's special' guitar from a junk shop, while Robb built his own bass guitar out of spare parts and a slab of wood from a local DIY store . They then enlisted a singer Martyn Critchley and Martin Kelly joined on drums. Critchley subsequently left, with Robb and Tilton taking over to share the vocals, Martin Kelly moving to keyboards with a Wasp synthesiser and a 13-year-old called "Coofy Sid" joining on drums. Their first recording was "Ice Age", which appeared on the Blackpool Rox EP featuring Section 25, Syntax and The Kenneth Turner Set on Robb's Vinyl Drip label,


After a flexi-disc debut, the Flexible Membrane EP in 1980, they released the debut single proper "Muscles" in 1982, which was raved over by both the music press and John Peel. That record's success saw the band sign a deal with Rondelet Records who issued a follow-up, the Pin Stripe Hype EP . Rondelet folded and the band signed to Criminal Damage Records.


This article uses material from the Wikipedia article "The Membranes", which is released under the Creative Commons Attribution-Share-Alike License 3.0.