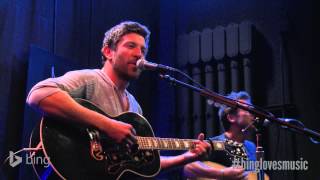 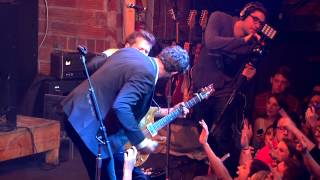 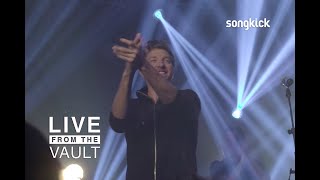 
Brett Ryan Eldredge is an American country music singer, songwriter and record producer, signed to Warner Music Group Nashville. The cousin of Terry Eldredge of The Grascals, Eldredge has had five No. 1 singles on the Billboard Country Airplay chart, three of which came from his debut studio album, Bring You Back: "Don't Ya", "Beat of the Music", and "Mean to Me".


Eldredge was born on March 23, 1986, in Paris, Illinois, the son of Robin Beth and Christopher "Chris" Eldredge; he has a brother, Brice. He studied at Elmhurst College in Elmhurst, Illinois. His cousin, Terry Eldredge, is a member of the Grascals.


Eldredge co-wrote the track "I Think I've Had Enough" for Gary Allan, who recorded it for his eighth studio album, Get Off on the Pain. By late 2010 he had signed to Atlantic Records and released his debut single, "Raymond" on September 27, 2010. It debuted at number 52 on the US Billboard Hot Country Songs chart dated for the week ending October 16, 2010 and reached a peak of number 23. "It Ain't Gotta Be Love" was released as his second single and reached number 46. Eldredge performed on the Grand Ole Opry on October 29, 2010.


Eldredge's sixth single overall, "Lose My Mind", was released in 2015. It is the lead single to his second studio album, Illinois. It reached number one on the Country Airplay chart in October 2015. The album's second single, "Drunk on Your Love" released to country radio on November 9, 2015. It reached at number two on the Country Airplay chart in April 2016. The album's third single, "Wanna Be That Song" released to country radio on May 23, 2016. It reached at number one on the Country Airplay in January 2017. He was one of the opening acts on Taylor Swift's Red Tour. On Memorial Day 2015, he sang "Take Me Out to The Ballgame" during the seventh Inning Stretch at Wrigley Field while the Cubs played host to the Washington Nationals.


In 2016, Eldredge was selected as one of 30 artists to perform on "Forever Country", a mash-up track of Take Me Home, Country Roads, On the Road Again and I Will Always Love You which celebrates 50 years of the CMA Awards.


This article uses material from the Wikipedia article "Brett Eldredge", which is released under the Creative Commons Attribution-Share-Alike License 3.0.