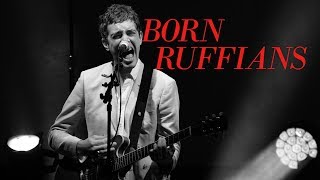 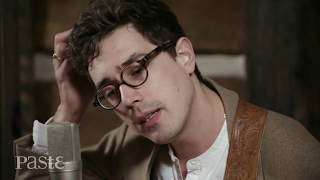 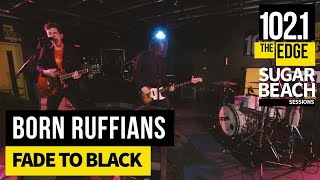 Born Ruffians are a Canadian indie rock band based in Toronto. Officially founded in 2004 in the Georgian Bay town of Midland, Ontario, the band is composed of frontman Luke Lalonde, bassist Mitch DeRosier, and drummer Steve Hamelin. During the 2010s, they were also joined by Andy Lloyd and Adam Hindle . Born Ruffians released their debut album Red, Yellow & Blue in 2008, and have since released seven albums in total, including their two most recents records, Juice and Squeeze, both released in 2020.


Born Ruffians originally formed in 2002 under the name Mornington Drive, and self-released an album called Makeshift Metric Catastrophe. In an interview, DeRosier described it as entirely homemade: "It was burned onto CD in Steve's basement, the packaging was sewn by Steve's mom and I think Luke painted the covers."


After renaming themselves Born Ruffians, the band moved from Midland to Toronto in 2004. After some local performances and a growing online reputation, the band was signed to the UK electronic music label Warp Records. They released their self-titled debut EP in 2006. It was recorded by Ryan Mills at Little King Studio . They received extensive airplay on CBC Radio 3 with their debut single, "This Sentence Will Ruin/Save Your Life," as well as a cover of Grizzly Bear's single "Knife" which the band recorded live on KEXP.


In 2007, they released the single "Hummingbird," which was included on their first album Red, Yellow & Blue. Born Ruffians' Red, Yellow & Blue was nominated in the 8th Annual Independent Music Awards for Pop/Rock Album of the year.


They appeared in an episode of the second season of British teen drama Skins, playing their song "Hummingbird" in a night club. The song is also featured in a television advert in the UK for Orange mobile telecommunications' "Animal" campaign. "Hummingbird" is also featured in a car advertisement in Australia. The band was featured in episode seven of the comedic web series, Nirvana the Band the Show, playing as themselves as they rehearse with a new member of the band. On July 31, 2009 the Born Ruffians played for Nirvana the Band at The Rivoli for the wrap of their web-series. Footage of this show will be included in episode ten.


This article uses material from the Wikipedia article "Born Ruffians", which is released under the Creative Commons Attribution-Share-Alike License 3.0.