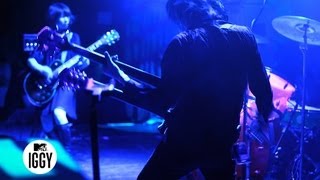 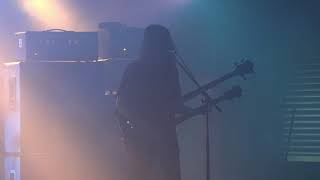 
Bo Saris, also known as Boris, is a Dutch contemporary soul singer-songwriter. In 2004 he won the Dutch talent show Idols.


Bo was born in Venlo, Netherlands. He was the winner of the second edition of the Dutch talent show Idols. Following a series of successful albums in the Netherlands, he moved to London.


His first release under the moniker Bo Saris, She's On Fire, peaked at number 5 in the Dutch Alternative Music charts in August 2012. The EP release included remixes by house music producer Maya Jane Coles and drum and bass producer Calibre. Both had a limited vinyl release.


He is also featured on the Chase & Status song "Breathing" from their 2013 album Brand New Machine.


Bo has released two EPs – The Addict and Little Bit More – Remixes. His album, GOLD, was released in May 2014. The single She's On Fire was featured in the movie Fifty Shades Of Grey.


In 2016 he released a new EP, called Best Of Me. Just before that he experienced difficulties in his life which had to do with his band and company Bo-Rush Productions. He incorporated his emotions and experiences in the lyrics of these songs for this EP. In 2017 he released an EP again, called B-Funk. With this EP Bo expresses his love for funk, and influences of Prince and Barry White are noticeable.


This article uses material from the Wikipedia article "Boris", which is released under the Creative Commons Attribution-Share-Alike License 3.0.