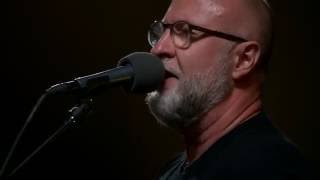 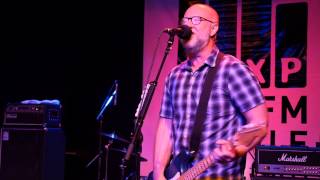 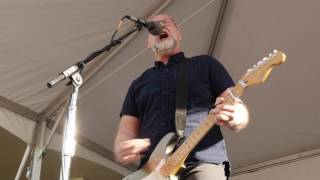 
Robert Arthur Mould is an American musician, principally known for his work as guitarist, vocalist, and songwriter for alternative rock bands Hüsker Dü in the 1980s and Sugar in the 1990s.


Born in Malone, New York, Mould lived in several places, including the Minneapolis-St. Paul area, where he attended Macalester College. There, he formed Hüsker Dü in the late 1970s with drummer/singer Grant Hart and bass guitarist Greg Norton. Mould and Hart were the principal songwriters for Hüsker Dü, with Hart's higher-pitched vocals and Mould's baritone taking the lead in alternate songs.


Forming in 1979, Hüsker Dü first gained notice as a punk rock group with a series of recordings on the independent label SST Records. In 1986, they signed with a major record label , but found only modest commercial success. However, they were later often cited as one of the key influences on 1990s alternative rock, including bands such as Nirvana and Pixies.


In the late 1980s, Hüsker Dü broke up acrimoniously amid members' drug abuse, personal problems, disputes over songwriting credits, musical direction, and the suicide of the band's manager, David Savoy. Mould and Grant Hart, the band's other songwriter and vocalist, still took occasional jabs at each other in the press until Hart's death in 2017, though the two briefly revisited their Hüsker Dü back catalog together at a 2004 benefit concert for an ailing friend, the late Karl Mueller of Soul Asylum.


After Hüsker Dü broke up in 1988, Mould sequestered himself in a remote farmhouse in Pine City, Minnesota, having quit drinking and drugs, and wrote the songs that would make up his first solo album. Signing to the newly formed Virgin Records America label, 1989's Workbook eschewed Mould's trademark wall-of-noise guitar for a lighter tone. Drummer Anton Fier and bassist Tony Maimone served as Mould's rhythm section. The album peaked at number 127 on the Billboard 200 chart, and the single "See a Little Light" reached number 4 on the Billboard Modern Rock Tracks chart.


1990's Black Sheets of Rain had a much heavier guitar sound, recalling Hüsker Dü's louder, angrier moments. According to the liner notes for the 2012 re-release of Sugar's Copper Blue, Creation Records president Alan McGee verified that total album sales were 7,000 copies. Still, the album peaked at number 123 on the Billboard 200 chart, and the single "It's Too Late" reached number 10 on the Billboard Modern Rock Tracks chart.


This article uses material from the Wikipedia article "Bob Mould", which is released under the Creative Commons Attribution-Share-Alike License 3.0.