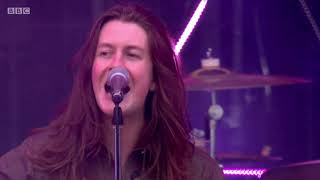 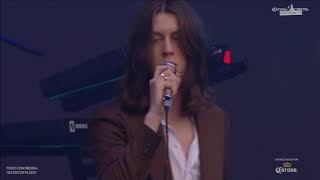 
They were on the BBC's Sound Of new music list for 2016 where they finished in fourth place. They were one of only two guitar bands on the list, alongside Rat Boy. Blossoms' self-titled debut album was one of the twelve albums nominated for the Mercury Music Prize in 2017. That same year, they were nominated for British Breakthrough Act at the Brit Awards.


In April 2021 the band made national headlines when they were announced as headlining a one-day "trial" festival at Sefton Park on 2 May that year. The festival was notable as the first major festival in the UK for 14 months with no social distancing or face masks, following the worldwide COVID-19 pandemic.


Unknowingly at the time, all members of the band were born in Stepping Hill Hospital in Stockport, and lived within two miles of each other whilst growing up. Tom Ogden and Joe Donovan met through a school trip to Alton Towers, which both of them were placed on due to good attendance, in 2005. During their time in high school they became 'into bands' from the local Manchester music scene such as Oasis and The Stone Roses and saw both aforementioned bands together. Donovan previously knew bassist Charlie Salt as all members of Blossoms went to the same secondary school, though not at the same time. Ogden began writing songs aged 15 despite not being in a band, encouraged by his father. Salt was previously a member of Mutineers with former Haven rhythm section Iwan Gronow and Jack Mitchell.