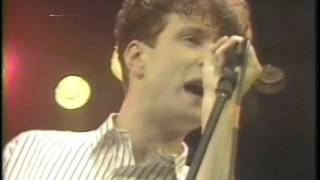 Blancmange - Live at The Ritz 1985 - Taped from MTV on Betamax 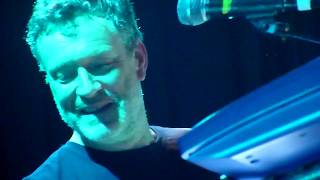 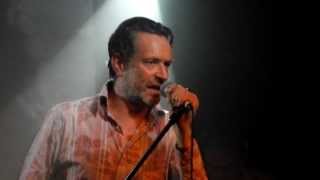 
Blancmange are an English synth-pop band formed in Harrow, London, in 1979. The band were a duo for most of their career, composed of Neil Arthur and Stephen Luscombe . They came to prominence in the early 1980s releasing four singles that entered the Top 20 charts in the UK, such as "Living on the Ceiling", "Waves", "Blind Vision" and "Don't Tell Me", and they released three albums during that decade, Happy Families , Mange Tout and Believe You Me . The duo broke up in 1986 but reformed in 2011 and released their fourth album Blanc Burn . Luscombe left following the release and since then Arthur has continued to perform under the Blancmange name. He has released six further studio albums and a number of compilations, including a re-recording of the band's debut album, titled Happy Families Too....


Blancmange was formed in Harrow, London, in 1979 by singer Neil Arthur , instrumentalists Stephen Luscombe and Laurence Stevens. Stevens left shortly after the band was formed, and Arthur and Luscombe continued as a duo. The duo released their first EP, Irene and Mavis, the following year, but their first real exposure came via the track "Sad Day" on the Some Bizzare Album compilation, alongside acts such as Soft Cell and Depeche Mode. This led to them signing a recording contract with London Records. The group's name derived from that of a dessert by the same name.


Following a gap of a quarter of a century, Blancmange reunited and released their fourth studio album, Blanc Burn, in March 2011. After suffering from an abdominal aneurysm, Luscombe was forced to leave the band. Since then Arthur elected to continue recording and performing as Blancmange, with the assistance of session players.