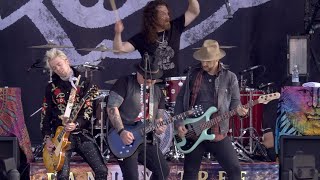 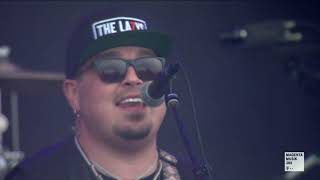 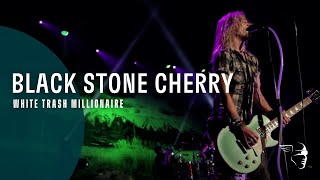 Black Stone Cherry is an American hard rock band, formed in 2001 in Edmonton, Kentucky, United States. They were signed to Roadrunner Records until 2015; the band is now signed to Mascot Label Group. The band consists of Chris Robertson , Ben Wells , Jon Lawhon , and John Fred Young . Black Stone Cherry has released eight studio albums as well as three EPs, and have charted eight singles on the US Mainstream Rock Tracks charts. Their latest album, The Human Condition, was released on October 30, 2020.


Black Stone Cherry originated in Edmonton, Kentucky. Chris Robertson and John Fred Young, son of The Kentucky Headhunters's Richard Young, started to play music together early in their teens and were soon joined by Wells and Lawhon. Black Stone Cherry officially formed on June 4, 2001. They then took over the practice house that had been used by The Kentucky Headhunters since 1968 and began to record tracks. They also began holding shows at clubs in the area, and after a short while they gained a large following of people of all ages in the town. In 2003, on Black Stone Cherry Records, the band released their first demo on CD called Rock N' Roll Tape.


The band's debut self-titled album was released in May 2006. After the band finished recording, they returned to Edmonton, invited by their former school principal, for a homecoming gig in the gym of the local middle school, which was attended by 1500 people. As the band entered the town, the streets were filled with people holding "welcome home" signs.


In July 2007, they released a second recording, an EP which contained the song "Rain Wizard" along with two previously unreleased tracks.


Their first live album was released on October 31, 2007. It was recorded at the Astoria in London, and copies were sold to the crowd immediately after the concert. The album is a strictly limited edition, and as of January 2013 mint copies were selling for £200 on Amazon.


In 2008, the band supported Def Leppard and Whitesnake on their UK arena tour.


This article uses material from the Wikipedia article "Black Stone Cherry", which is released under the Creative Commons Attribution-Share-Alike License 3.0.