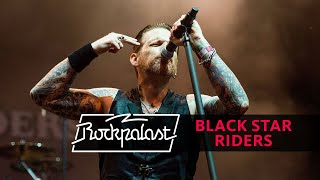 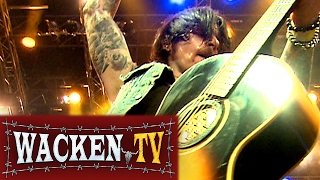 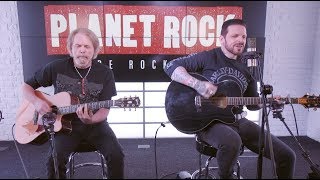 
Black Star Riders is a hard rock band formed in December 2012. The band began when members of the most recent line-up of Thin Lizzy decided to record new material, but chose not to release it under the Thin Lizzy name. While Thin Lizzy continues on an occasional basis, Black Star Riders is a full-time band, described as "the next step in the evolution of the Thin Lizzy story". The band's first album, All Hell Breaks Loose, was released on May 21, 2013, and the follow-up album, The Killer Instinct was released on February 20, 2015. The band's third album, Heavy Fire, was released on February 3, 2017, and reached number six on the UK Albums Chart.


On September 20, 2021, the band announced a new worldwide multi-record album deal with Earache Records and that they would be entering the studio in October 2021 to begin recording a new album.


On June 6, 2022, the band announced their new album Wrong Side of Paradise, as well as a 10th anniversary UK tour. Scott Gorham and Jimmy DeGrasso are rejoining the band for the UK tour dates as part of the 10th anniversary commemorations.


In May 2010, Thin Lizzy lead guitarist Scott Gorham announced the latest incarnation of the group, which had toured sporadically with various line-ups since 1996, after the death of band leader Phil Lynott in 1986. This marked the return of the original drummer Brian Downey and longtime keyboard player Darren Wharton, joining Gorham, bass guitarist Marco Mendoza, and vocalist and occasional guitarist Ricky Warwick. The other lead guitarist role was initially filled by Vivian Campbell, then by Richard Fortus, before Damon Johnson joined the band in August 2011. As the band toured throughout 2011 and 2012, they composed new material for possible release as a Thin Lizzy studio album, and demos were recorded in June 2012.


This article uses material from the Wikipedia article "Black Star Riders", which is released under the Creative Commons Attribution-Share-Alike License 3.0.