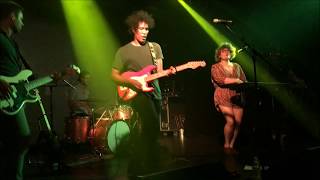 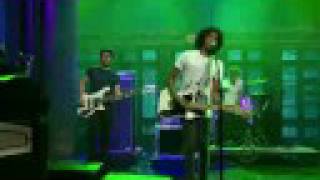 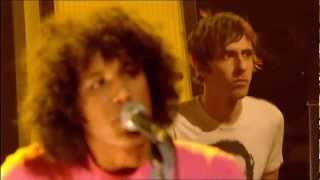 
Black Kids formed in Jacksonville in 2006. The lineup consists of siblings Reggie Youngblood and Ali Youngblood , Owen Holmes , Kevin Snow , and Dawn Watley . Although they initially performed only in Jacksonville, they received national attention after a breakout performance at the Athens Popfest in Athens, Georgia on 11 August 2007, which led to a sudden flurry of coverage in the music press, including NME,Vice,The Guardian, and The Village Voice. The same month, Black Kids' demo EP, Wizard of Ahhhs, was released via free download on their MySpace page. Soon after, Black Kids began working with Quest Management, the company that manages Björk and Arcade Fire. In October, the EP received a favorable review of 8.4 out of 10 from Pitchfork, including a "Best New Music" commendation.


Black Kids participated in the CMJ Music Marathon in New York City in October, earning the band exposure in The New York Times and USA Today. In December the band traveled to London for a brief tour.Rolling Stone called them one of ten "Artists to Watch" for 2008 and the band was also included in the BBC Sound of 2008 poll.


Black Kids toured the United Kingdom in early 2008, including the Vice Live Tour with Friendly Fires and Ipso Facto, a Sons and Daughters tour, and a Kate Nash tour. In April and May, Black Kids toured the United States as an opening act for Cut Copy. The band played the summer festival circuit in the U.S. and the UK, including the Coachella Valley Music and Arts Festival in April,Radio 1's Big Weekend in May , Glastonbury Festival in June, and T in the Park and Camp Bestival in July. Black Kids then headlined an international tour in the U.S. and Europe from June to November.


This article uses material from the Wikipedia article "Black Kids", which is released under the Creative Commons Attribution-Share-Alike License 3.0.