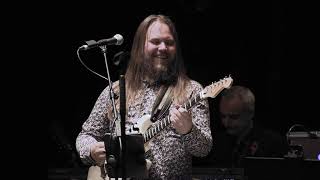 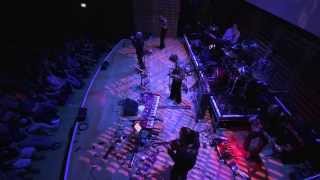 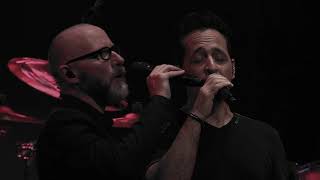 
Big Big Train are an English progressive rock band formed in Bournemouth in 1990. The current line-up consists of band founder Greg Spawton , along with Nick D'Virgilio and Rikard Sjöblom . Robin Armstrong joined the group for live performances in 2019. Until 2009, the band were active as a predominantly-studio project led by Spawton and co-founder Andy Poole , who departed the band in 2018, with changing line-ups and guest musicians. They have released twelve studio albums and three EPs.


After starting out as an independent band, Big Big Train were signed to Giant Electric Pea from 1993 to 1998 and distributed their releases through their own website. Since their sixth album The Underfall Yard, which received critical acclaim from the progressive rock community, a more stable lineup has been established, and the band performed their first live concerts in 17 years at Kings Place, London, in August 2015. The gigs were voted Event of the Year by the readers of Prog magazine. Stone & Steel, a Blu-ray featuring the 2014 rehearsals at Real World Studios and four of the songs performed at Kings Place, was released on 21 March 2016. Big Big Train were the winners of the Breakthrough Award at the Progressive Music Awards held at Kew Gardens, London on 3 September 2013, and have been nominated in several other categories in recent years. The band's latest studio album Common Ground was released in July 2021. Their previous studio album Grand Tour was released in May 2019.


Big Big Train embarked on their first UK tour in October 2019. Scheduled dates for the band's first ever North American and European tours in 2020 were cancelled due to the coronavirus pandemic.


The roots of Big Big Train go back to 1981 in Birmingham, England, when Greg's brother Nigel Spawton joined with Ed Serafinas, Pete McDonald, Steve Lugg and Tim McCarty in the punk outfit known as Big Big Train. Later in the 80s Andy Poole formed a songwriting partnership in Bournemouth, England, with his childhood friend, Ian Cooper. At around the same time, Greg Spawton had also formed his first band, Equus. Equus played a few local gigs around the Birmingham area before splitting up when Spawton went to university in 1984. Meanwhile, Poole and Cooper's band, Archshine, recorded a few demos and occasionally emerged from their home studio to play some gigs.


In 1987, Spawton moved down to Bournemouth. Shortly afterwards, he met Poole and they discovered that they shared a mutual appreciation of Genesis, Van der Graaf Generator and other progressive bands. In particular, they were both fans of a then relatively obscure band called IQ. Indeed, Poole had spent some time as a roadie for The Lens and IQ.


In the late 1980s, they decided to record some demos together. After a few months, the very first Big Big Train songs emerged and in 1990, Archshine ceased to exist, and Big Big Train was founded, initially consisting of the duo of Spawton and Poole . The following year saw the recruitment of Cooper , Steve Hughes , and Martin Read .


This article uses material from the Wikipedia article "Big Big Train", which is released under the Creative Commons Attribution-Share-Alike License 3.0.