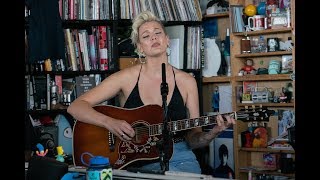 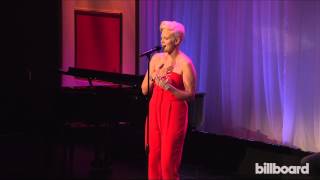 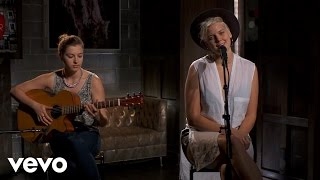 Betty Who - Somebody Loves You – Vevo dscvr (Live)
Share Concert


Jessica Anne Newham , known by her stage name Betty Who, is an Australian-American singer-songwriter and musician. After independently releasing her debut single, "Somebody Loves You" , and her debut extended play, The Movement , she signed with RCA Records and later released her debut studio album, Take Me When You Go . Her second studio album, The Valley , saw the commercial success of her cover of "I Love You Always Forever", which peaked inside the top ten in Australia and reached the top of the Billboard Dance Club Songs chart in the United States.


Jessica Anne Newham was born in Sydney, Australia, where she lived until her mid-teens. Trained since the age of four as a cellist, she moved to the United States in 2007 to attend Interlochen Center for the Arts in Michigan.


Newham is also self-taught on piano and guitar, wrote her first songs at age 14, and began performing as a singer-songwriter two years later. Her stage name comes from the title of a song she composed at age 16 about unrequited love.


After school at Ascham in Sydney and Frensham in the Southern Highlands, NSW, Newham attended Berklee College of Music in Boston. During her first semester, she met producer Peter Thomas who was also attending Berklee. Thomas suggested pairing Newham's songwriting with a more dreamy, anthemic production style. The two began writing new material together and developed Newham's sound over the next two years.


As Betty Who, Newham's debut single "Somebody Loves You" was initially released independently as a free download, and was premiered by pop music blogger and at-the-time official Grammy blogger Arjan Writes on 30 November 2012. Co-written by Newham and Thomas, and produced by Thomas, the song garnered immediate praise, spreading quickly online and being featured by other well-known outlets including Socialite Life, Pop on And On, and Popservations. A music video, directed by Evan Savitt, was released on 22 January 2013, and an official remix by acclaimed indie pop producer FM Attack was released on 11 March 2013.


Newham's debut EP, The Movement, was released on 17 April 2013. An independent, free-download release initially, the EP's huge success online helped lead to a large amount of major label interest, before she ultimately signed with RCA Records. It premiered on Billboard on 9 April 2013, one week prior to its official release date.


This article uses material from the Wikipedia article "Betty Who", which is released under the Creative Commons Attribution-Share-Alike License 3.0.