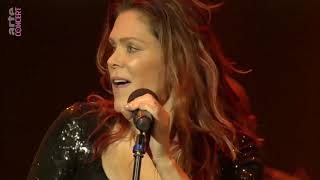 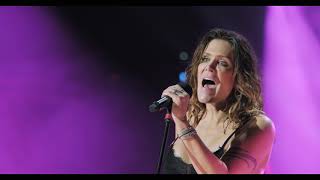 
Beth Hart is an American singer, songwriter and musician from Los Angeles, California. She rose to fame with the release of her 1999 single "LA Song " from her second album Screamin' for My Supper. The single was a number one hit in New Zealand, as well as reaching the top 5 of the US Adult Contemporary and Top 10 on the Billboard Adult Top 40 charts.


The albums Seesaw and Live in Amsterdam by Hart and Joe Bonamassa debuted at number 1 on the Billboard Blues Album Chart, a chart she has now topped six times. Hart has had two number 1 singles in Denmark, "As Good as It Gets" and "Learning to Live", as well a double platinum-selling album, Leave the Light On.


Hart's first album with Bonamassa, Don't Explain, went gold in the Netherlands, while their 2014 collaboration Seesaw was nominated for a Grammy Award, and gave Hart her first Blues Music Award nomination in the category 'Best Contemporary Blues Female Artist'.


Hart was born and raised in Los Angeles, California. As a 4-year-old, she began to play piano. At first, she concentrated on classical works by Bach and Beethoven, but as she grew older, she also began to play pieces by artists such as Etta James, Otis Redding and Led Zeppelin.


Regarding her childhood in an interview with Don Wilcock, Hart stated, "When I was a kid, my dad left me in a bad way, and what fucked me up the most was that he would be in the lives of my other sisters and brothers, but he wouldn't be in mine." At the age of 20, Hart lost her sister from complications of AIDS.


Hart entered Los Angeles' High School for the Performing Arts in 10th grade as a vocal and cello major. At the prompting of a classmate, she soon began singing during open mic nights in the Belly Room of the Comedy Store.


This article uses material from the Wikipedia article "Beth Hart", which is released under the Creative Commons Attribution-Share-Alike License 3.0.