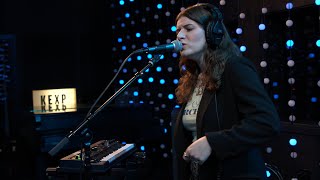 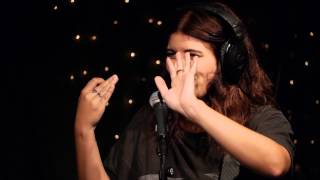 Best Coast is an American rock duo formed in Los Angeles, California in 2009. The band consists of songwriter, guitarist and vocalist Bethany Cosentino and guitarist and multi-instrumentalist Bobb Bruno. Cosentino, a former child actress, began writing music as a teenager and was formerly a member of the experimentalist drone group Pocahaunted. After a brief tenure at college in New York City, Cosentino returned to the West Coast and began recording lo-fi demos with Bruno, whom she met in the Los Angeles music scene.


After a string of 7-inch and cassette-only singles, the band signed to Mexican Summer, who issued the band's debut, Crazy for You, in 2010. It became an unexpected commercial success following Internet buzz surrounding the duo. Lewis Pesacov of Fool's Gold and Foreign Born produced, engineered and mixed the album. Best Coast added a touring drummer, Ali Koehler of Vivian Girls, and spent much of 2011 on the road for festival appearances and tour dates. Best Coast's sophomore effort, The Only Place, was released in 2012 and featured a cleaner sound than their previous releases. In 2013, the duo released an EP, Fade Away, and their third studio album, California Nights, was released in May 2015. More recently, Best Coast released their fourth studio album, Always Tomorrow, in February 2020.


Best Coast was formed in 2009 by Bethany Cosentino and Bobb Bruno in Los Angeles, California. Cosentino had been around the Los Angeles music scene from a young age, and had been involved in talent competitions, musicals, audition tapes, and commercials for Little Caesars. She began writing music at age 15, inspired by Joni Mitchell, Joan Baez and Bob Dylan, as well Weezer and Blink-182. Cosentino began uploading her music to MySpace under the name "Bethany Sharayah". She was approached and offered record deals from major labels in her teens, but resisted as they desired to mold her into a "pop princess" type. In the mid-2000s, she met Amanda Brown at the downtown LA DIY venue the Smell. Brown attempted to act as a "big sister" to Cosentino, who seemed "sort of depressed, missing music, feeling a bit weird about some of her friends." The two began playing together in the experimentalist, drone group Pocahaunted. Pocahaunted's music had no traditional lyrics, and instead contained wordless vocalizations from Cosentino and Brown. The collaboration began in 2006 and released several cassette-only recordings on local label Not Not Fun. The recordings were supervised and produced by Bobb Bruno, a multi-instrumentalist stalwart in the city's music scene.


Pocahaunted achieved minor success , but Cosentino left the project to pursue creative writing at the Eugene Lang College The New School for Liberal Arts in New York City. Studying journalism and creative nonfiction, she read Joan Didion, David Foster Wallace and other authors she enjoyed and she interned at The Fader, where she penned a fashion column. Cosentino lived in Brooklyn and all but abandoned her musical pursuits, and soon fell into a mundane routine and seasonal depression in her second semester, feeling miserable. Having grown up on the very sunny and warm West Coast, she found the city "stressful, congested and cold," and based much of her nonfiction on California. Although she felt she would be letting her family and friends down by dropping out, she phoned her mother to come help her gather her belongings and return to Los Angeles over the course of a weekend in March/April 2009. Returning to La Crescenta, she lived with her mother and began work as a part-time sales associate for Lush, but felt immediately inspired to write new music, using her acoustic guitar to cope with anxiety. She informed Bruno, and the two began laying down demos in his home studio. The band's first release, "Sun Was High ", was released by Art Fag and was the first of a string of 7-inch singles.


The band's second 7-inch single, "When I'm with You", was financed by Black Iris, which functioned as both a music and film production agency. Lewis Pesacov oversaw the production, engineering and mixing of "This is Real" & "When I'm With You." After their first experience recording with live drums and "real" production, they made a conscious effort to stray away from their original, more lo-fi and hazy sound. A collection of 7-inch singles on Art Fag and Black Iris alerted Adam Shore, owner of buzz-generating website The Daily Swarm, who became the group's manager. Jeffery Kaye, label manager of Mexican Summer, discovered the band's music online. These releases included a cassette tape release, Where the Boys Are, on the U.K. label Blackest Rainbow; a split 7-inch, "Up All Night", on Atelier Ciseaux; and an EP, Make You Mine, on Group Tightener. Margaret Reges writes that Best Coast had "become something of a sensation by the time 2009 came to a close"; the band enjoyed a bit of attention from the media , and Make You Mine made its way onto a few year-end lists. The band embarked on its first U.S. tour early the following year, sharing the stage with the Vivian Girls.


The duo recorded their debut album, Crazy for You, for Black Iris at Mexican Radio Studios in Echo Park, California from January to April 2010. Lewis Pesacov of Fool's Gold and Foreign Born produced, engineered and mixed the album. "Boyfriend" was released as the lead single from the album on June 29, 2010. Crazy for You became a mainstream success upon its July 2010 release as a result of Internet buzz. It entered the Billboard 200 at number 36 with 10,000 units sold and debuted at No. 10 on Digital Albums. The album's success led to maximum exposure: "the blogosphere was suddenly abuzz with talk about her album, her tweets, her personal life, her daily habits and even one of her cats." Alongside the quick success came an intense level of scrutiny, Internet haters and venom from selected critics, some of whom viewed Cosentino's material as anti-feminist.Crazy for You and its sound, "simple and pungent songs toying with 1950s and ’60s melodic structures," had become something of a touchstone for Best Coast and adopted by several other bands. Cosentino hid her vocals behind layers of reverb and distortion, which was an extension of her onstage anxiety.


The band continued to gain popularity over the course of 2010 and 2011, due in part to touring and festival appearances. Ali Koehler of Vivian Girls became the band's interim touring drummer, but was ousted from the group at the end of 2011. During this period, much of the band's press consisted of details on Cosentino's relationship with Wavves' Nathan Williams. The two collaborated and toured together throughout 2011 in a joint effort dubbed the Summer Is Forever tour. The extensive travel schedule subsequently inspired the lyrical content of the band's sophomore effort, The Only Place . Cosentino felt that her life had dramatically changed in the two years following its release, having never spent so much time away from home. The duo had a desire to create a record that "nobody was going to call lo-fi," and Bruno reached out to his former boss, producer/composer Jon Brion, known for his work on Kanye West's Late Registration .


This article uses material from the Wikipedia article "Best Coast", which is released under the Creative Commons Attribution-Share-Alike License 3.0.