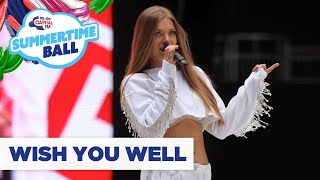 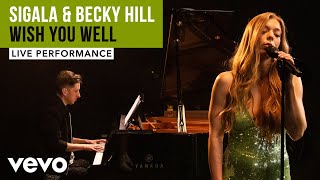 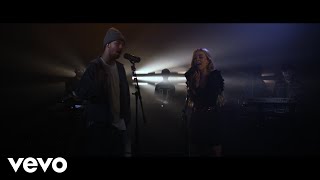 
Rebecca Claire "Becky" Hill is an English singer and songwriter from Bewdley, Worcestershire. She rose to prominence after appearing on the first series of The Voice UK, auditioning with John Legend's "Ordinary People". She joined Jessie J's team and reached the semi-final of the competition. On 29 June 2014 she became the first The Voice UK contestant to score a UK number 1 when the song, "Gecko " with Oliver Heldens topped the UK Singles Chart.


Hill's mother is Susan Hill, of English and Welsh descent. Her father is Stephen Hill, of English ancestry. Becky began making music at the age of 14 and started performing in a band called Shaking Trees – receiving BBC Introducing support from the likes of Andrew Marston at BBC Hereford & Worcester who selected her band to perform at the Nozstock Festival of Performing Arts, as well as a live session for Adam Green and Josh Withey at BBC Radio Shropshire.


Hill has appeared in a number of live performances for YouTube, including a web series called The Rebelations. She auditioned for the first series of The Voice UK, and at the blind auditions she performed "Ordinary People". Judges Jessie J and Will.i.am turned around for her, the only coaches with an available space on their teams. She opted to join Jessie. In the battle rounds she competed against Indie and Pixie performing the song "Irreplaceable", she won the battle and progressed to the live shows. She got to the Semi-final stage of the competition where she was eliminated.


Since appearing on The Voice UK, versions of David Guetta's "She Wolf" and "Not Giving In" by Rudimental have been published, as have covers of Paolo Nutini's "Last Request" and Alex Clare's "Too Close". Hill featured on Rudimental's track "Powerless", taken from their debut album Home. She also provided cover for Ella Eyre's vocals for Rudimental's set at Glastonbury 2013, Bestival 2013, Wakestock 2013 and Lovebox 2013. Hill provided vocals for and co-wrote Wilkinson's song Afterglow, which peaked at number 8 on the UK Singles Chart in October 2013, the song also peaked at number 1 on the UK Dance Chart. "Powerless" received a full single release on 23 February 2014. The song peaked at number 73 on the UK Singles Chart. Hill appeared on and co-wrote a vocal version of Oliver Heldens' "Gecko", renamed "Gecko ", alongside MNEK. The song topped the UK Singles Chart on 29 June 2014 thus making her the first The Voice UK contestant to achieve a number 1.


On 9 November 2014 she released a single, "Losing", which was produced by MNEK and intended to be the lead single from her solo album with then label Parlophone Records. The single debuted at number 56 on the UK Singles Chart. Hill co-wrote Australian recording artist Reigan Derry's debut single "All of the Pieces". In July 2015, French house producer Watermät released a vocal version of his track "Frequency" with Becky Hill as joint lead artist. The track was renamed to "All My Love".


In early 2016, she announced that she was songwriting with pop sensation CocknBullKid. In May 2016 she released her first proper single in two years, entitled "Back to My Love", featuring vocals from rapper Little Simz. It was said to be the lead single off of her debut album, but was later included in the Eko EP, released in August 2017. During the summer, she collaborated with a number of artists. Her first was with DJ and record producer MK on his single "Piece of Me". The second was with Matoma on his breakthrough single "False Alarm". In the late months of 2016, she announced a second single from her EP, entitled "Warm". It was co-written with MNEK and produced by Shift K3Y. In the end of March 2017, she released a third single, entitled "Rude Love". The song was co-written and produced by MNEK. The music video was released in April and sparked the launch of her official VEVO channel on YouTube.


This article uses material from the Wikipedia article "Becky Hill", which is released under the Creative Commons Attribution-Share-Alike License 3.0.