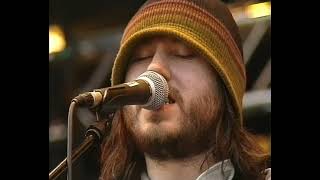 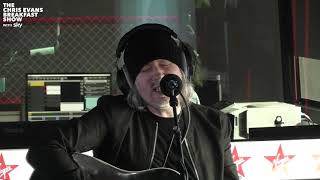 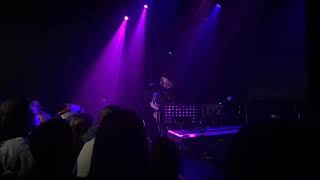 
Gough chose his stage name from a character in the show Sam and his Magic Ball, which he saw on TV at a party in Trafford, Greater Manchester, in 1995. Before he thought of using this name he made some business cards, each one unique, with a printed picture of a drawing by his nephew and a small collage by Gough.


A chance meeting with Andy Votel at the Generation X bar in Manchester, where Gough's friends Scott Abraham and Damon Hayhurst were contributing to an exhibition by the Space Monkey Clothing Company and Votel was DJing, led to the foundation of Twisted Nerve Records.


In 2002, Q magazine named Badly Drawn Boy in their list of the "50 Bands to See Before You Die", although this was as part of a sub-list of "5 Bands That Could Go Either Way" on account of Gough's tendency to talk and tell stories for extended periods in concert rather than play songs.


Gough, though born in Dunstable, Bedfordshire, grew up in the Breightmet area of Bolton, Greater Manchester, England. He cites Bruce Springsteen as his music hero. His recording career began in September 1997 with the five track vinyl release "EP1". This was distributed among friends and family members.


In April 1998, Gough released his second EP, "EP2". This had one track less than its predecessor but twice as many copies were pressed. The highlight track, "I Love You All", was later transferred to a music box which was released alongside the EP. The box plays eleven seconds of the song and is considered much rarer than the record itself due to its limited production.


This article uses material from the Wikipedia article "Badly Drawn Boy", which is released under the Creative Commons Attribution-Share-Alike License 3.0.